Lakes Rivers and Waterfalls in Europe 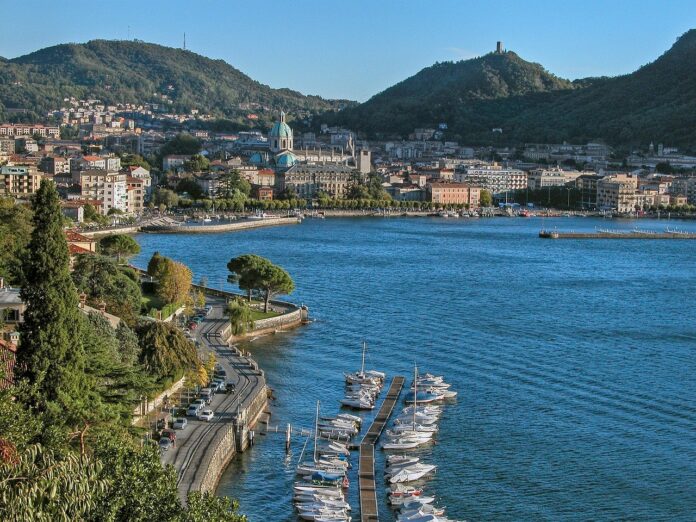 Lakes, Rivers, and Waterfalls in Europe: More than three billion people (nearly half of the world’s population) suffer from water scarcity, while the amount of available freshwater per person has fallen by 20 percent in two decades. Water is essential not only for humans but also for animals and plants. And here is a list of the 9 best water bodies in Europe.

The Secret Lagoon came into use in 1891 and is the oldest lagoon in Iceland. All of the sulfur-rich thermal water comes from a nearby geyser that spouts every few minutes. For a relatively small price, you can swim in the beneficial thermal waters.

On its way through Bosnia, the river crosses mountains, forming a canyon that is a UNESCO World Heritage Site and the deepest canyon in Europe. The river is home to many wildlife and is popular with rafting enthusiasts.

Lake Bled, located in the Julian Alps, is a reservoir of glacial origin. This is a favorite place for newlyweds who are attracted by the romantic atmosphere.

The reason the water of Evian is world-famous is because of the spring of Kas, formerly known as the Fountain of Saint Catherine. It works all year round. He is said to have cured the kidney stones of Count Jean-Charles de Liazère, an aristocrat who fled the French Revolution, which led the owner of the land to start a business selling medicinal water.

The Vâlsan River in Romania is unique in that it is home to “living fossils”. The sculpin is a fish that has been around for millions of years and can only be found in a 1 km stretch of this river as hydroelectric dams and other environmental impacts have wiped it out elsewhere.

Mardalsfossen, which is 705 meters high, is one of the highest waterfalls in Europe. Surrounded by stunning scenery, the two-tiered waterfall cascades into a hanging lake.

Lake Como, located at the foot of the Alps, is an ideal place for relaxation and includes many resorts. Como, the third largest of Italy’s great lakes, has a stunning depth of 425 meters, making it one of the deepest lakes in Europe.

Lake Lajo is the largest freshwater body in Europe, and the second largest in Russia, after Lake Baikal. At least 40 rivers flow into the lake, and only the Neva flows out. Boat trips on small boats are made on the lake.

The Danube Delta has an area of ​​580,000 hectares and is home to the largest number of fish species in Europe. This area is one of the most protected waterways in Europe and extends through Romania and Ukraine.