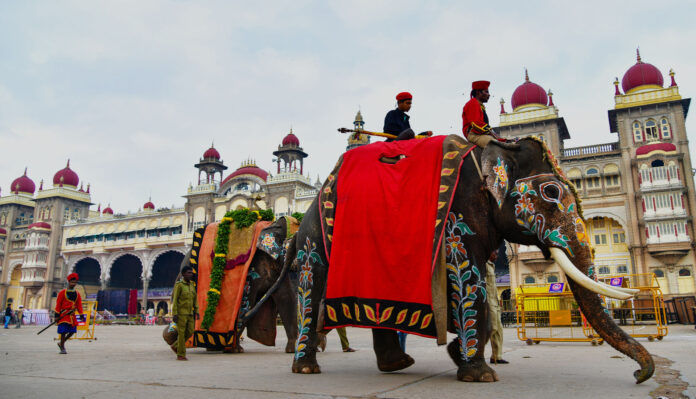 Karnataka has a rich heritage and some of its most famous historical places include hosting sites other than Mysore Palace, Hampi, Belur. Among the states of India, this is attributed to the second largest number of monuments (first Uttar Pradesh). This undoubtedly makes for a fascinating journey for history and culture enthusiasts.

Let us know what are the top 5 historical places of Karnataka. And this place is a journey for every tourist to appreciate the rich culture and history of the state. For history buffs, the state is a treasure.

The Historic Temples of Hampi

The temples at Hampi are spread in dimensions, with delicate carvings, lofty pillars, and many elaborate depictions of scenes from epics. Virupaksha Temple is one of the holiest temples in Karnataka and one of the oldest functional temples in India. Built in the 7th century, and the expansion of these temples during the Chalukyan and Hoysala epoch, it reflects the amazing ancient architecture of our country. Within the enclosure of the Zena is a lotus flower, shaped like a lotus flower, and is designed in the Indo-Islamic style. Hemkuta Hill Temple Complex has about 50 structures like temples, galleries, and gateways. The largest monolithic structure of Hampi is Ugra Narasimha, which is about 7 meters in height. Vital Temple, Bala Krishna Temple, Dasara Dibba, Gangagitti Temple, Badvi Linga and Pattabhiram Temple, and some other historical monuments of Hampi.

Known as a city of palaces, Mysore still retains its old-world charm. The Mysore Heritage City, full of heritage buildings, temples, and palaces, lives up to its title. Mysore Palace, Chamundi Hill Temple, and St. Philomena Church are some of the most famous monuments of Mysore. Mysore Palace is one of the largest palaces in the country. It is a unique blend of Hindu, Rajput, Islam, and Gothic styles of architecture. Its grand structure remains outside during the day. While the palace illuminated by thousands of light bulbs at night is another worldly sight. Atop the Chamundi hill is the Chamundi Hill Temple, which was built in 1100 AD. There is a 5-meter statue of Nandi, a stone carved in half of the hill.

Historical Monuments of Aihole and Pattadakal

These historical monuments are the cradle of temple architecture in South India. A UNESCO World Heritage Site, Aihole, Pattadakal, and Badami together form the Monument Group of Chalukyas. There are around 125 temples in Aihole, mainly built between the 5th and 8th centuries. The temples represent the Nagara, Famsana, Dravidian, and Gajaprastha models, which make the city historically significant.

While Kashivishwanath Temple, Galganath Temple, Sangameshwar Temple, Papanatha Temple are the major historical monuments in Pattadakal. The temple at Pattadakkal was built later and is larger and larger than Aihole. Sangameshwar Temple is one of the oldest temples in India. While Virupaksha Temple, also known as Lokeshwara Temple, is the largest in the city. Almost all the major temples in Pattadakal are Hindus, built to honor Lord Shiva. Pattadakal has a Jain temple built in the Dravidian style.

Belur is a temple town in Karnataka which is famous for its three magnificent Hoysala temples. Chennakeswa Temple, Halebid Temple, and Somnathpur Temple are famous for their carvings and polished sculptures. Thus Belur was made one of the best historical places in Karnataka. The Chenkevasava temple engraved with intricate carvings on every surface is a fine example of the Hoysala style of architecture. The construction of this temple took the best craftsmen for more than a century. Darapana Sundari, Shantaladevi sculpture, sanctum sanctorum, and carved gates of Narasimha pillar are some of the main attractions of this temple.

Badami is known for its ancient cave temples. Built in the 6th and 7th centuries, these caves are some of the finest examples of Chalukya style architecture. These caves are historically significant due to the many ancient inscriptions found here, which provide us with valuable information about the caves. Built of soft sandstone, Badami has four main caves of Lord Shiva, Vishnu, and Tirthankara. Each of these caves has verandas supported by stone pillars, leading to the main hall, further deep inside the caves for a small shrine. The three caves are Hindu, and display scenes from Hindu mythology and various Puranas in great detail.