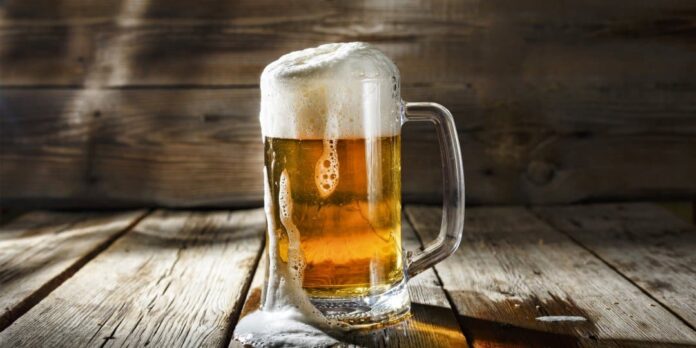 Beer is a popular alcoholic drink in India. The Indian beer industry is going through an exciting growth phase and a trip to India wouldn’t be complete without trying some of the top Indian beers on offer.

The British introduced beer into India. They eventually set up a brewery that produced Asia’s first beer — a pale ale called Lion. These days, lager is the predominant type of beer available in India though. It comes in two strengths — mild (around 5% alcohol) and a generous strong (6-8% alcohol). The larger alcohol content of more than 5% is generally preferred. Depending on the place, a large 650 ml bottle of beer will cost you about 100 rupees at a liquor store, and double or triple that at a bar in India.

International beer brands such as Fosters, Tuborg, Corona, Carlsberg, Heineken, and Budweiser are available in India and are very popular. However, this article only lists Indian beer brands.

The largest producer of beer in India is Bangalore-based United Breweries, which dominates about half the market share. It makes Kingfisher and a range of regional beers such as Kalyani Black Label (West Bengal), Bullet (Rajasthan), and Cannon 10000 (Maharashtra). Global brewing giant SABMiller (now Anheuser-Busch InBev) entered the Indian market in 2000. In 2001, it acquired Mysore Breweries (which makes Knock Out beer), followed by Shaw Wallace’s beer brands Royal Challenge and Haywards 5000 in 2003. It’s the second-largest beer producer in India, with a market share of about 25%.

Beer brands in India are categorized into a number of segments, with the premium beer segment commanding the market. The super-premium beer segment is where most of the action is currently happening though, with rapid growth predicted in the future. What’s particularly noteworthy is the recent rise of craft beer in India. It’s expected to remain a major trend as many new players enter the market. If you’re interested in Indian craft beers, check out these brewpubs and taprooms in Mumbai.

Kingfisher, “The King of Good Times”, is India’s most recognized and widely available beer — it’s everywhere! The brand has been associated with sports, fashion, and even an airline. Kingfisher was launched in India in 1978 and has a huge market share of about 40%. Its flagship beers are Kingfisher Strong (containing around 8% alcohol) and the regular Kingfisher Premium (which has 4.8% alcohol). These economy segment beers are light-tasting, easy-drinking lagers with plenty of malts.

In order to remain relevant and fend off competition, the company has also introduced a variety of premium beers targeted at certain demographics. Fashionable and full-bodied Kingfisher Ultra (“Live the Ultra Life”) was launched in 2009. It’s a premium mild beer with about 5% alcohol, made from imported malt and hops. The company followed it up with a strong version, Kingfisher Ultra Max (“Live Life to the Max), in 2015. This premium strong beer is definitely more refined and easier to drink than the regular Kingfisher Strong. Kingfisher Storm (“Live the Swag Life”) hit the market in 2017. It’s a premium strong beer with a smoother taste, designed to take on beers such as Carlsberg Elephant and Tuborg Strong. In late 2019, Kingfisher launched its first craft beer, Ultra Witbier, in select parts of Karnataka including Mysore and Bangalore. This beer has less than 5% alcohol.

The Haywards beer brand is most well known for its iconic and hard-hitting Haywards 5000 strong lager, which contains 7% alcohol. The brand was launched in 1974, with the Haywards 2000 mild beer, as an extension of the renowned Haywards liquor brand (founded in the early 1900s). Haywards 5000 was later introduced in 1978. It has a certain after-taste, which people tend to either love or hate. Haywards also produces a rare super-strong Haywards 10000. Haywards has a market share of nearly 11%. It’s consumed mostly in Rajasthan, Punjab, Haryana, Madhya Pradesh, and Chattisgarh.

The Haywards brand of liquor was founded by Britisher Sir Anthony Hayward, and two of his grandchildren run a fantastic heritage bed and breakfast in south Goa. The bar serves Haywards 5000, of course. And, there’s free beer for anyone who can beat the drinking record.

Godfather is the flagship beer brand of Devans Modern Breweries Limited, a brewing company that commenced operations in Jammu in 1961. The beer comes in three varieties — Strong (7.5% alcohol content), Lager (5% alcohol content), and Lite (4.5% alcohol content). What’s unique about Godfather beer is its long-brewing cycle, which lasts for 25 days, as opposed to the usual 12-15 days. This gives it body and a fresher taste. You’ll find that Godfather Lager and Lite beers are more bitter than other lagers such as Kingfisher Premium.

Godfather is mainly consumed in northern India, where it’s popular with the youth. The brand has market shares of between 20-50% depending on the state. A wide range of promotions has aided its growth.

Launched in 1984, Knock Out beer is particularly popular in the states of Karnataka, Telangana, and Maharashtra. The brand’s purpose is to “celebrate strong men who display a strong character”. This malt beer does pack a punch! It has a powerful taste and aroma, an alcohol content of 8%, and good carbonation. The brand has about a 9% market share and many loyal drinkers in South India.

Kalyani Black Label is one of India’s oldest lagers (and some will tell you that it’s an old man’s drink). It has legendary status in West Bengal, where it was launched in 1969. The beer is named after one of United Breweries’ first breweries, in the West Bengal town of Kalyani near Kolkata. It’s popular across eastern India as well as Delhi and comes in both mild and strong varieties. The strong beer is described as “a smooth, mellowed brew with an extra bite”. Its alcohol content is a generous 7.8% and it has a surprisingly sweet aftertaste. If you like a beer with plenty of flavors, go for Kalyani.

Royal Challenge Premium Lager (not to be confused with the ubiquitous Royal Challenge whiskey in India) was launched in 1993 and has an alcohol content of about 5%. The beer’s extended brewing cycle makes it smooth with a rich taste. Advertising focuses on the brand’s smoothness with the line, “Wish your life was as smooth as Royal Challenge”. It’s not as flavorsome as Kalyani Black Label but is still distinctive. SABMiller launched a strong version of the beer in South India in 2011.

The beautiful beaches of Goa and King’s beer go hand in hand. This beer used to only be available in Goa until the brewing company was purchased by Viking Beverages (owned by actor-producer Sachiin Joshi’s Viiking Ventures) in 2015. Expansion across India, and the addition of two more types of beer to the range, followed. The original King’s Black Label Premium Pilsner is a very light-tasting, pale-colored beer that’s known for its smoky malt aroma. It’s got an alcohol content of 4.85%. A strong version with 8% alcohol is now available as well, in keeping with the current preference for strong beer in India. It’s worth noting that both beers are gluten-free. King’s Goa Maxx, a strong lager beer, was launched in 2018. The beer is patiently bottom-fermented at low temperatures for a crisp flavor.

Move over mainstream beers, Bira 91 (the number stands for India’s country code) is a craft beer that’s taking urban India by storm. Introduced in 2015, it’s already become a household name among hip beer drinkers, and a top-selling premium beer in many capital city bars. The company aims to fill the gap in the market for a “trendy, unorthodox, fun and smart brand of beer”. It’s positioned between the mainstream Indian beer brands and expensive imported ones.

In order to identify and create beers that would suit the Indian palate, the company’s founder spent three months traveling across Europe. Bira 91 started out with two varieties that are much milder (with an alcohol content below 5%) than other beers in the Indian market. Bira 91 White Ale is a low-bitterness wheat beer with a hint of spicy citrus, while Bira 91 Blonde is a flavorful lager with extra hops and malt. The company subsequently introduced strong and light beers in 2017. Bira 91 Light is a low-calorie lager with reduced alcohol content (4%) for health-conscious consumers. Bira 91 Strong is a high-intensity wheat ale with an alcohol content of 7%. An Indian Pale Ale with 7% alcohol was added later that year as well. It’s brewed from hoppy, two-row pilsner malts, and wheat.

In early 2019, Bira 91 diversified and entered India’s mass beer market with the launch of BOOM lager. It comes in two varieties — Classic (crispy and mild), and Super Strong (rich and malty) to compete against brands such as Kingfisher Strong and Tuborg Strong.

In mid-2019, Bira introduced an inventive stout made with cold brew coffee in collaboration with Blue Tokai. It has 4.5% alcohol.

Simba is a new craft beer brand to keep an eye out for, especially if you don’t like bitterness in beers. It roared (pardon the pun) into life in 2016 and has been progressively launching in cities across India. The company offers four different varieties to cover the market — Wit (Belgian-style crisp, light-bodied, wheat beer with hints of orange and lemongrass, at 5% alcohol), Stout (dark and chocolatey but light-bodied, with 4.5% alcohol), Strong and Light. The first two are targeted at contemporary consumers in major Indian cities. The Stout is, notably, the first bottled stout in India.

Beer-Themed Attractions – Top 7 Around the World