History of Vienna: The Largest City in Austria 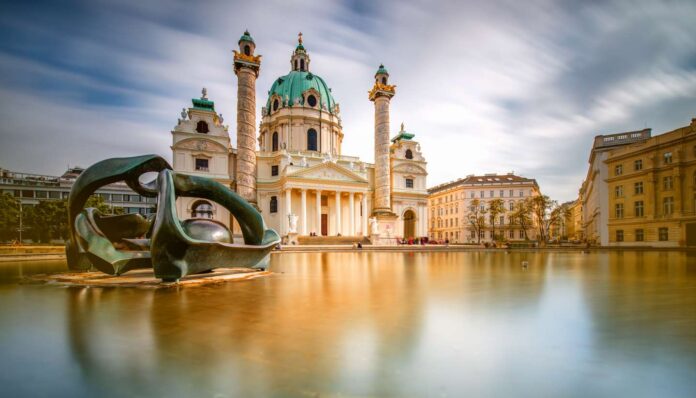 History of Vienna: Vienna is the largest city in Austria, which is not only the capital, but also the political, economic and cultural center of the entire country. Its history as a mirror reflects the history of the formation, first of a small state, and later – of a huge empire. Influencing, by the way, the foreign policy of not only Europe, but also neighboring countries. Since it was Vienna that was the seat of the Habsburg dynasty, Austrian rulers who for several centuries bore the title of emperors of the Holy Roman Empire, in fact the city can be considered as one of the heirs of the greatest ancient civilization.

The old part of Vienna and Schönbrunn Palace are protected by the World Heritage.

Vienna trams are part of the city’s history

The territory of Vienna is shaped like a circle, crossed from end to end by the Danube River. In part, this view of the Austrian capital reminds of ancient times, when in the prehistoric period people chose the river banks as a place to build their future homes. Later, being slightly less dependent on the waters of the Danube, the settlers began to develop the nearby lands, and by the 1st century AD, a military camp of the Romans who came from outside, called Vindobona, was set up on the site of the dwellings of the Celts who chose this place. The arrival of Roman civilization, on the one hand, meant the end of the relatively peaceful life of the “indigenous” inhabitants, and on the other, it symbolized the beginning of a new round of development for Vindobona.

Vindobona means “the land of Vindos” in Celtic. Vindos is the name of one of the Celts.

From Carolingian to Habsburgs

The first persons of royal blood who drew attention to the future magnificent Vienna were representatives from the Carolingian dynasty (this surname is closely connected with the history of France). They built a castle in the 9th century in the northeastern part of Vindobona. Also, at about the same time, the new name of the city, closer to the present one, began to appear in the documents. The Babenberg dynasty continues the Carolingian work, building their house and church here. But the most powerful Habsburgs became the real owners of Vienna.

During their reign, the city experienced a lot. The siege by the Turks in the 16th century, the plague epidemic, in honor of the deliverance from which the Plague Column was erected, the invasion of Napoleon’s troops and much more. But this did not prevent Vienna from being the most important cultural center for two centuries, from the 18th to the 20th century. The defeat in World War I and the economic crisis led to the fall of the House of Habsburgs. The Second World War and all the events associated with it did not add greatness to the city. Nevertheless, a large-scale reconstruction of the historic center, carried out in the 70s and 80s, was able to restore its former architectural appearance, and today Vienna is almost as beautiful as it was many years ago.

Q. Why is Vienna famous?

Q. Was Vienna ever a part of Germany?

A – In 1918 it became the capital of the small, landlocked Central European country that emerged from World War I as a republic. From 1938 to 1945 Austria was part of Adolf Hitler’s “Greater” Germany, and Vienna became “Greater” Vienna, reflecting the Nazi revision of city boundaries.

Q. What did Vienna invent?

A – The snow globe was also invented in Vienna. In 1900, Irwin Perzie, a fine instrument mechanic, was trying to improve the brightness of a lightbulb for a surgical lamp. But instead, he accidentally invented a snow globe.

Q. When was Vienna founded?

A – Founded around 500 BC, Vienna was originally a Celtic settlement. The name “wine” is derived from the Celtic “vedunia” for “river in the forest”. In 15 BC, Vienna became a Roman frontier town (“windobona”), guarding the Roman Empire against Germanic tribes in the north.

Q. Is English spoken in Vienna?

A – In the First District of Vienna, a major tourist area, many people actually speak English. But outside that district most people shop, not even restaurant people or speak very little.

Q. What was Austria formerly called?

A – The name Ostarrîchi (Austria) has been in use since AD 996 when it was a marquette of the Duchy of Bavaria and from 1156 was an independent duchy (later archduchy) of the Holy Roman Empire of the German Nation (Heiliges Romischus Reich 962–1806).