Best Places In Hawaii: That Few People Know About 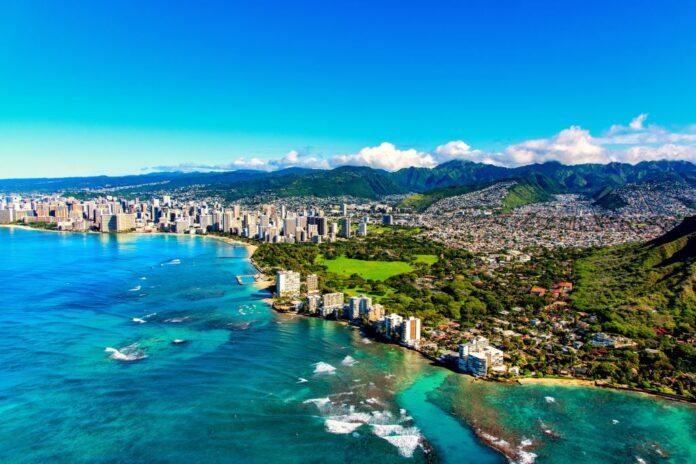 What’s the first thing that comes to mind when they talk about Hawaii? The ocean that splashes along the golden sandy beaches, surrounded by swaying palm trees in the breeze? Of course! Hawaii is one of the best beaches in the world, an island paradise made for lying in the sun, sipping a daiquiri and surfing … But what about people who don’t like beaches? (Scorching sun, salt in your hair and sand everywhere!) If you don’t like beaches, it doesn’t matter: there are many opportunities for relaxation, and you don’t have to be on the beaches. Here are some best places in Hawaii …

This dormant volcano is 4205 meters above sea level, the highest point in the Hawaiian Islands. There is a great view here, so it is not surprising that there are many astronomical telescopes on the snowy peaks. Experienced climbers can climb 20 km, enjoying the unearthly landscape of conical lava formations and ancient archaeological sites.

If you want to see an active volcano, head southwest to a unique national park, home to the world’s most active volcano, Kilauea , continuously spewing lava. Outside the park, depending on the weather conditions, you can watch the molten lava flow into the sea (making the Big Island bigger and bigger every year). Even if the goddess of volcanoes Pele does not want to cooperate, the park has many interesting attractions: formations of solidified lava, smoking craters, a rainforest. The Rangers offer a variety of excursions and other recreational activities.

Over the past two centuries, the Maui tribes have made significant changes to the volcanic soil and steep grazing lands of Mount Haleakala through farming and livestock raising, and the spirit of Paniolo (Hawaiian cowboys) is still strongly felt in cities such as rural Macawao. A trip up the steep slopes of the Kula region takes you back to the days of castles and ranches, vineyards with shops in basements, goat dairy farms and huge lavender farms (with a cafe and a gift shop where food or cosmetics is anything you can imagine or even think of. , – made from lavender).

If you continue your trip, you can get on a winding and windy road leading to the top of Mount Haleakala, which is 3055m high. From there, you can see surreal, moon-like landscapes with unique flora, such as a volcano flower that has been blooming for 10 years. It can only be found here, you can look down at the clouds that fill the unusual craters of volcanoes. If you can get up early or stay awake late, be sure to reserve a spot on the tour to admire the magnificent sunrise from the summit; you can take a bike with you, it won’t be easy to climb to the top, but you can just roll down.

This colorful city was the whaling capital of the Pacific Ocean, ships came here to pick up cargo and crew, and just relax a little. Dance clubs, bars and brothels that brightened up the whalers’ leisure time have been replaced by Maui’s best restaurants, art galleries, where free “art nights” are held every Friday with bars with live music from traditional Irish to jazz and, of course, souvenir shops (this is Hawaii). Despite this, Lahaina’s nautical traditions have not been forgotten, and there are many whale watching excursions.

A conical summit of solidified volcanic lava encloses Waikiki, a suburb of Honolulu on the south coast of Oahu, home to famous beaches and numerous hotels. It will take an hour or a little less to reach the summit, the paved road stretches for 1.3 km, at 232m there is a magnificent view of Waikiki.

The tragic events of December 7, 1941 are immortalized at Pearl Harbor, near Honolulu. The battleship Arizona is located in the same place where it sank, becoming the grave of thousands of American sailors who died in the attack by Japanese forces. The memorial was opened in 1962. It is located above the sunken ship, the remains of a battleship are visible in shallow water; the names of the heroically perished are engraved on the marble wall inside. A visit to Pearl Harbor will leave a lasting impression and a reminder of the historical events that took place here.

The giant abyss at the heart of Kauai is one of the wonders of nature: red and black striped volcanic stone walls contrast with lush green forests that cover the summit and create a breathtaking sight. The name comes from the Waimea River, which flows in the lower part. The canyon was formed as a result of erosion and partial collapse of one of the walls of the volcano. Waimea Canyon State Park offers great views of the Na Pali Hills, and offers many walks through and around the canyon, and desert lovers will definitely love it.

Helicopter flight over the island of Kauai

What could be more exhilarating than a helicopter flight over the island of Kauai, much of which is covered with forests and mountains, making it difficult to travel by land. A large number of helicopter companies (mostly located in Lihue) offer air rides over Mount Waialeale, dotted with waterfalls. The volcano is the central part of the island and one of the wettest places on Earth, and the sheer cliffs of Na Pali can only be reached by kayak.

Hansen’s disease (Lepra), or leprosy, was introduced to Hawaii by foreigners in 1835 and quickly spread to the islands. King Kamehameah V tried to stop the epidemic and ordered all infected to be sent to this remote peninsula, protruding from under the towering sea cliffs (the highest in the world) in the northern part of the island of Molokai. This place became the last refuge of the unfortunate exiles. About 40 years later, the compassionate Belgian missionary Father Damian came here on a visit and stayed in the colony for 16 years, but died after contracting the disease (Father Damian was officially canonized by the Catholic Church in 2009). The Forced Isolation Act was finally repealed in 1969. Today, elderly citizens live here, all former exiles. To see the village, the church named after Father Damian and his burial place, you need to book the tour in advance. The flight to the peninsula takes about 8 minutes, you can also get to namule along the steep slopes, following a zigzag route in the rocks 3.2 km long.

Read About – The 10 Amazing Things to Do in Hawaii