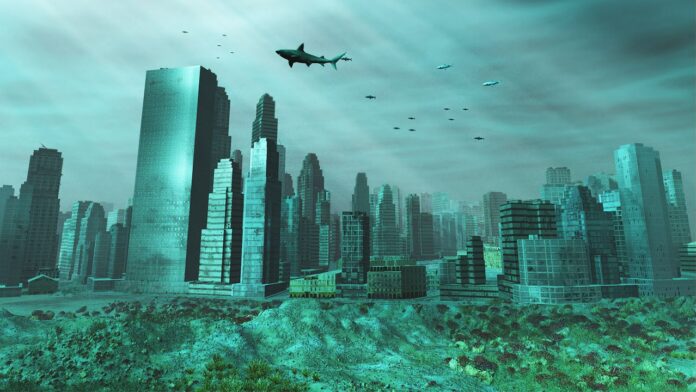 Recently, such type of water entertainment as diving has been very popular among travelers all over the world. Indeed, on the seabed you can see and find a lot of interesting things. Until now, everyone is desperately trying to find the lost city of Atlantis, and few people know that besides it there are many other interesting places hidden from human eyes by the water surface. here are 4 STUNNING UNDERWATER CITIES.

Archaeologists are sure that this historical place existed at least 10 thousand years ago. The city was erected in one night for the god Krishna and plunged into the depths of the sea after his death. For a long time, Dwarka was considered a mythological city that exists only in legends and traditions. However, not so long ago, at the end of the last century, thanks to the efforts of Dr. S.R. Rao, its ruins were found. Submerged under the water, you can see a variety of houses, many streets intertwining with each other, a seaport and protective walls built of sandstone. Currently, archaeologists continue to work here and hope to find many more interesting things.

The city got its name due to its location. It stood surrounded by the Lion Mountains and was the center of eastern China, where all the most important political and economic events took place. However, in the middle of the last century, when the question of creating a reservoir and building a hydroelectric power station arose, the Chinese government decided to flood the city. Nowadays, the city has become a popular destination for underwater tourism enthusiasts.

In the old days, this settlement was located on the insanely beautiful coastal area of ​​the Gulf of Naples. According to historical tradition, Bayi was inhabited by very wealthy people, but honesty and decency were not their virtues. The city flourished thanks to the manufacture and trade of copies of various relics until it was swallowed by the deep sea during volcanic activity. Even today, an incredible array of ancient Roman statues, mosaics and artifacts can be seen in this place.

This city is rightfully considered one of the most ancient, because was built another 5 thousand years BC. He found himself under water thanks to a natural disaster (a powerful earthquake). In the second half of the twentieth century. an underwater city with countless well-preserved artifacts has been discovered by archaeologists. After a short time, this place began to attract adventure seekers.

Remember that the mythical Atlantis is not the only underwater city worthy of attention and admiration. There are many more interesting places on our planet. However, many of them are currently hidden under water, and were once very prosperous and lively.

Previous article
5 Most Colourful Cities To Visit In The World
Next article
Melbourne, Australia: 8 Must-See Places