Top 10 places in the world to see the Northern Lights 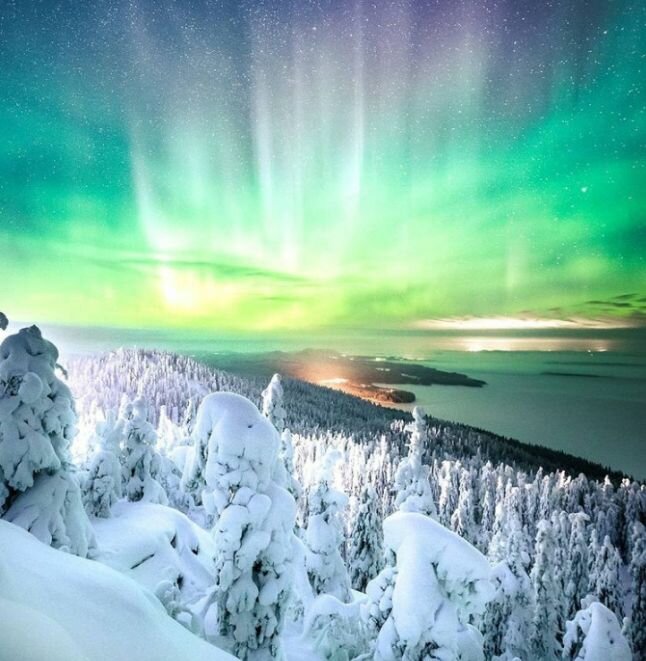 This is an astral performance that you can’t order with certainty, but you can greatly increase your chances by heading north to places where they are most commonly seen.

The village of Saariselkä in northern Lapland is also a great base for skiing enthusiasts. Mihai Speteanu/Shutterstock

Beautiful lavender and green lights illuminate the village of Abisko above the Arctic Circle.

The small town in Alaska at the North Pole is also known for its year-round Christmas decorations. Berben/Shutterstock

The northern lights shine over the marina in the Swedish city of Lapland. Alberto Gonzalez/Shutterstock

Lights above Levi, a popular holiday resort in Finnish Lapland.

Located near the North Pole, Fairbanks is another mesmerizing place to watch the lights in Alaska.

Northern Lights in Rovaniemi, the capital of Lapland and Santa’s “official” hometown. Canvas

Only in Norway, there are about 55 tours from the city of Tromsø. Sea Candy

The Icelandic city turned out to be the most popular place to watch the lights.