Six cities in Europe to travel by train 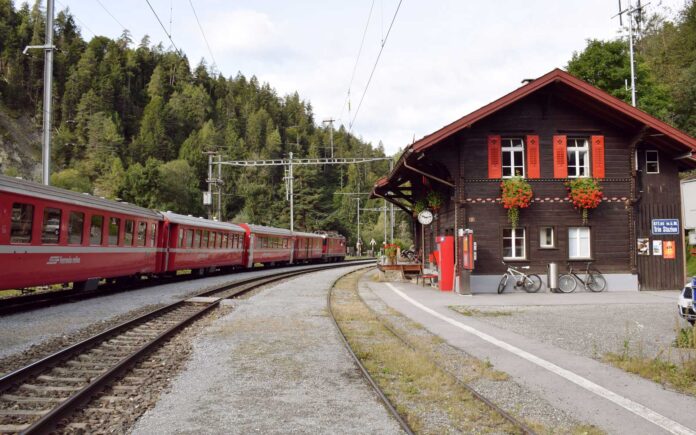 Six cities in Europe to travel by train: Europe attracts many tourists, but not everyone wants to fly a lot on an airplane. If you decide to tour Europe, you will obviously have to fly there initially, but it is not necessary to fly to other points of the route by plane. Europe is dotted with railway lines, which run very comfortable trains, they can easily move around Europe and to those cities where there is no airport nearby.

Six cities in Europe to travel by train

The largest city in Switzerland, sometimes erroneously called the capital (there is no official capital in this country), is located on the banks of the crystal clear Aare River, surrounded by towering snow-capped Alps.

The city has a lot of long shopping arcades with bars, cafes, and souvenir shops. For views of the medieval Altstadt (Old Town), climb to the top of Bern Cathedral, the country’s tallest church tower at 101 meters.

If you decide to relax in central Germany, or in Paris, then the train journey to Bern will take you about 5 hours, this city is an excellent choice to diversify your trip.

It’s impossible to pick just one gourmet destination in Europe, but charming Florence in Italy is a very special choice. Tuscan delicacies and local, organic, and seasonal specialties such as schiacciata or flavorful Florentine steak are often on the menu of the local restaurants. Try tagliatelle made with local truffles and porcini mushrooms, or pappardelle pasta from wild boar, and here you will find the best ice cream in Italy.

From Rome to Florence is a stone’s throw, the train goes there in just over an hour, and it is just as easy to get from Northern Italy. If you are vacationing in central Europe, for example in Germany, you can easily take a night ticket, and by morning you will be in the city.

Thanks to famous artists such as Van Gogh and Rembrandt, Amsterdam has become known as a city of art. Here in the Rijksmuseum, you will find excellent works by Dutch masters, and if you are interested in modern works of art, then welcome to the Stedelijk. It is easy to understand why the capital of the Netherlands is considered one of the cultural centers of Europe. Go further and you will discover a different side of the city, from street sculptures to tiny private galleries.

Also one of the pluses of Amsterdam is its location. It is very easy to get to it from anywhere in Central Europe. And from Germany, from France, and from southern Great Britain, the journey to Amsterdam by train will not take more than 5 hours.

Seville in the south of Spain is a little off the beaten track but is one that rewards generously those who want to drive the extra miles. It is a city with a rich history and many architectural monuments, from the world’s largest Gothic cathedral to the exquisite royal palace of the Alcazar. Sun-drenched medieval streets, cozy restaurants, and friendly people will definitely leave a mark on your memory.

Seville is an excellent choice for those who went on vacation to the Iberian Peninsula, from Madrid or Lisbon you can get there in 2.5 hours.

Cologne in Germany is a fascinating combination of ancient Roman walls and medieval churches. The twin spires of Cologne Cathedral are the hallmark of the city, and the view of the city from the South Tower is worth the 533 steps. The cathedral also houses the world’s largest freely rotating bell, weighing 24 tons.

Cologne is perfect for travelers who went to the west of Europe. From any city in France, Benelux, and England, as well as from anywhere in Germany, you will reach Cologne within 5 hours.

Bordeaux is the wine capital of France and delights visitors with its picturesque vineyards. Here you can go on tours of aristocratic wineries or castles to learn more about the winemaking process and taste the end product. In the city itself, the ultra-modern Cite du Vin museum – was created to acquaint the younger generation with this drink and its heritage.

It is easy to get to Bordeaux from anywhere in France, the journey from Paris will take about 2.5 hours. From London, Amsterdam or Madrid, the journey will take 4-5 hours.