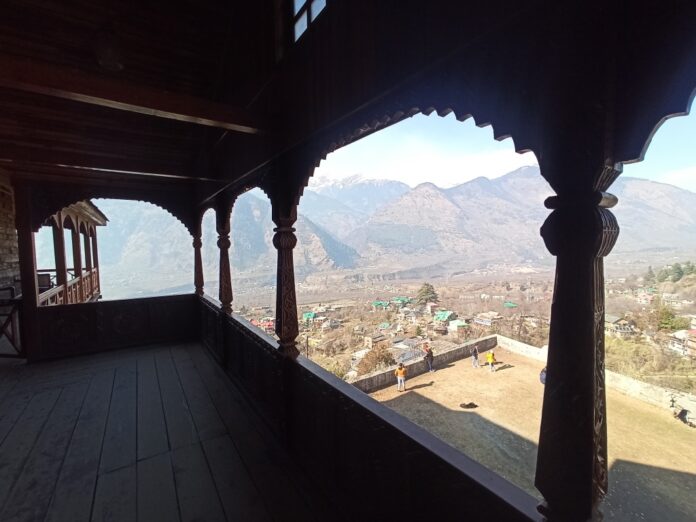 Naggar is a foreign location that the filmmakers want to shoot in Himachal Pradesh. He was not the first to be fascinated by this picturesque place situated between Kullu and Manali. Naggar was the seat of kings and rulers of the Kullu-Manali region in Naggar castle, who first built their palaces and palaces towards the Beas river valley. Artists like Nicholas Roerich chose to live in the very palaces. And taking inspiration from the surroundings to create his famous works. Today, it is a popular tourist destination of Himachal Pradesh. You can see it from Kullu or Manali. You can also stop in the less crowded part of Kullu Manali.

Naggar, the royal seat of the Kullu kingdom remained its capital for about 1460 years. Naggar Castle is traditionally believed to have been built by Raja Siddhi Singh in the early sixteenth century. The stones for construction were brought across the river Beas from Garadhek of Beas river. Another belief is that the stones were passed on a human chain from the ruins of the fortified palace of Rana Bhosal to the ruins of Garhdekhan, located below the present Bargaon village.

The two main doors of the palace are built using an ax. The width of these one-piece doors (85 * 39 * 3) clearly shows the generality of the tree from which they were extracted. No metal or iron has been used in their fixing. The wooden beams used in the walls have been drawn from entire trees. Naggar Castle was used as the royal residence and the headquarters of the state until the British captured the whole of Kangra and Kullu in 1846.

When Raja Gyan Singh sold it to the first assistant commissioner for a gun, “Major Hay”, the letter was converted. In this way, the North Wing became a unique amalgam of indigenous architecture and the seat of the English countryside for the European way of living by staircases, fireplaces, and chimneys. He later sold it to the government when it was used as a courtyard.

In 1947, the court activity closed with a farewell to the British, but its door was opened to visitors and travelers as it was converted into a civilian rest house. In the year 1905, a devastating outbreak occurred at Naggar Castle due to the shock-bearing construction technique.

Naggar Castle is a unique medieval mansion made of wood and stone. Built in the name of local architecture “Katakunni” (a combination of stones and wooden beams), the palace in its courtyard has a small historical temple called “Jagati Patta”, a justice seat of the gods (inside the temple complex Detailed information). This temple gives another dimension to the beauty of Hotel Mahal, Naggar. It also has a small art museum.

In 1978, “Naggar Castle” was handed over to Himachal Tourism Development Corporation (HPDC). “The Naggar Castle” has recently been refurbished/upgraded keeping its heritage structure intact. This historical monument is now H.P.D.C Ltd. Accommodates a hotel.

Things to do in/around Naggar:

* Visit Naggar Castle, Roerich Museum, Urusvati Himalayan Folk.
* One day trek to Jana waterfall (12 km), you can extend this trip to Bijli Mahadev Top if going by your own vehicle. The trail is via dense alpine forest with bright chances of sighting wildlife.
* 1-hour trek to Krishna Temple which is set uphill from the main road. The trail is shadowed by dense alpine forests and flowering shrubs.
* Naggar is base for Rumsu- Ganchalani –Celanti -Chandrakhani pass- Nagarvani- Malana-Jari. This trek can be done in 2-3 days (Overnight stay in villages). Alternatively, you can have a daily walk to Rumsu village which is precariously perched on a hilltop covered with lush green deodar forest.
* Walk to Patlikuhal to enjoy the riverside of Beas.
* In my opinion, Naggar is a better choice for an overnight stay while traveling to Manali/Kullu. Most of the Manali sightseeing can be done from Naggar as a day trip.