Mandya is a Must-see on your trip to Mysore 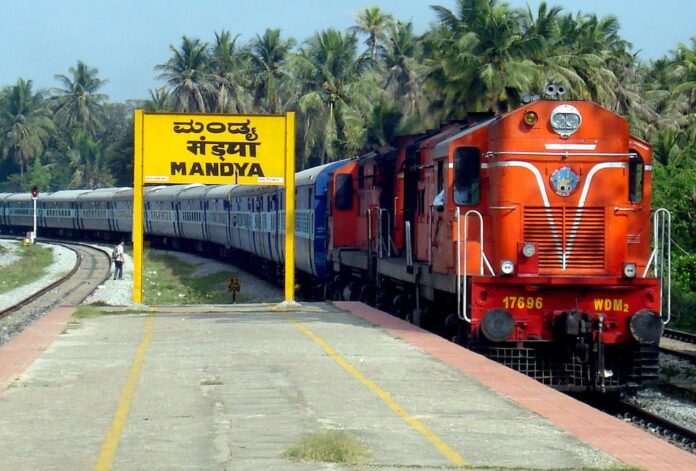 Located at a distance of about 45 km from Mysore, Mandya is a sweet spot, which is literally worth visiting. An agriculturally prosperous district in Karnataka, the jaggery and sugar industries make a major contribution to the local economy and hence Mandya is also known as “Sakkare Nagar” (City of Sugar). Mandya is always on the tourist itinerary of most of the people who visit Mysore due to their close proximity to each other. A visit to Mysore is often combined with a visit to the KRS Dam and Brindavan Gardens in Mandya, both of which are popular tourist attractions.

Ranganathittu Bird Sanctuary, the river island of Srirangapatna, the temple town of Melukote overlooking the Cauvery Valley, Kokrebelur Pellikanri, and Shivanasamudra Falls are all located in Mandya. While visiting the city make sure you grab some Maddur Vada, a famous dish that is best enjoyed with a hot cup of filter coffee.

In terms of accommodation in the city, Mayura River View Srirangapatna and Mayura Kaveri KRS are your best bet. A stay at Mayura River View Srirangapatna situated on the banks of river Kaveri will surely be a memorable one. With beautiful riverfront cottages and plenty of comfortable rooms to choose from, and a multi-cuisine restaurant and bar, guests can truly relax and rejuvenate upon their return from their sightseeing tour. If you are in the mood for an adventure, then coracle rides and boating can also be organized in the river.

Situated next to Vrindavan Gardens, Mayura Kaveri KRS gives you ample time to wander among the famous gardens amidst a symphony of manicured lawns, splendid flower beds, and exquisite topiary. The hotel offers an unobstructed view of the colorful gardens and provides a perfect opportunity to experience its charm at different times of the day. The hotel has air-conditioned rooms and a restaurant with a bar.

An inscription shows that the temple of Sri Ranganatha was built in 984 AD by a Ganga chieftain by the name of Thirumalaiah. It has both Hoysala and Vijayanagara architectural styles. The main deity here, Lord Vishnu (in the form of Ranganatha) is seen reclining on the coils of Adish (the thousand-headed celestial serpent who is also the king of serpents), whose broad seven hoods form an umbrella for the Lord. Lord Vishnu is in His Nabi (Navy) by Goddess Sridevi, Goddess Bhudevi, and Lord Brahma. At his feet sits Goddess Lakshmi who is identified as Kaveri. Within the complex are several sub-temples dedicated to Narasimha, Gopalakrishna, Srinivasa, Hanuman, Garuda, Ranganayaki, Sudarshan Chakra, and Alwar.

Engineers and planners of the erstwhile Mysore state conceived this dam with several objectives in mind, such as providing drinking water to Mysore/nearby places, assisting the hydroelectric power station at Shivanasamudra, and for irrigation purposes. Ensuring continuous supply of water. The length of the dam is 8600 feet and the height is 130 feet.

Spread over an area of ​​60 acres, Vrindavan Gardens is at the foot of the Krishnaraja Sagar Dam (KRS) across the Kaveri River. Based on the Shalimar Gardens of Kashmir, Vrindavan Gardens, an endless expanse of green, dotted with colorful flowers, symmetrically well-crafted terraced gardens are world-famous for their ethereal beauty and grandeur. A kind of water ballet, with lights and music and, comes alive in the evening.

Srirangapatna, the capital of the Kingdom of Mysore in the past, is a city that bears an indelible mark of Tipu Sultan. The island fort, from where Tipu waged war against the British, is also home to his summer palace, which is now a museum. Other attractions here are the Jama Masjid, dungeons, a gunpowder chamber, and the dome where Tipu and his father Hyder Ali are buried.

Declared a sanctuary in 1940 at the behest of renowned ornithologist Dr. Salim Ali, Ranganathittu Bird Sanctuary is a paradise for bird watchers and nature lovers. Spread over a small area of ​​0.67 sq km on the banks of river Kaveri, this bird of paradise is the preferred nesting site for resident birds as well as migratory species from Europe, America, and Siberia. Take a boating trip on the river to catch a fascinating view of different species of birds and catch a glimpse of swamp crocodiles in the waters at this avian haven.

The seat of the masters of the Vokkaliga community – Sri Adichunchanagiri Mahasansthan Math, this small town is a famous center of Bhairav ​​worship. Lord Gangadhareshwara is the four other incarnations (avatars) of Lord Shiva as well as Lord Malleshwar, Lord Kattale Someshwara, Lord Gavi Siddheshwar, and Lord Chandramouleshwara. This temple complex also includes other deities like Lord Ganapati, Goddess Stambika Devi, Lord Subramaneshwar, Goddess Mallamma Devi. Here a new Kalabhairaveshwara temple has been built in Sri Kshetra Adichunchanagiri. The width of the temple is 18 feet and the height is 21 feet. It has 128 pillars with well-carved panels depicting various deities and their divine vehicles.

Situated near the famous pilgrimage site of Adichunchanagiri, the sanctuary is located in Nagamangala taluk and has an area of ​​about 88.4 hectares. The sanctuary has a healthy population of peacocks mainly due to the excellent protection given by the disciples at the Adichunchanagiri Mahasansthan Math. It is also estimated that there are about 99 species of birds, 32 species of butterflies, and several species of reptiles and amphibians in the sanctuary.

Located about 14 km from Krishnarajpet taluk, this temple is a fine example of Hoysala architecture. Its construction is believed to be in 1171 AD. The temple is dedicated to Lord Shiva and has an intricately carved Nandi idol at its entrance.

Melkote is a beautiful hill town and an important pilgrimage center in Karnataka. Melkote’s crown jewel is the Cheluvanarayana Swamy Temple, which houses a collection of crowns and gems that are brought to the temple for the annual festival. Legend has it that the Vaishnava saint Ramanuja retrieved the lost idol of the main deity and installed it here. The main attraction here is the annual Vairamudi Brahmotsavam festival when the deity is decorated with a magnificent diamond-studded crown presented by the former Maharajas of Mysore and taken out with a procession. There are seven Anjaneya temples, four Garuda temples, one Pancha Bhagavata temple, Venkataraman temple as well as several other temples including the new Venkateswara temple.

The sleeping town of Melkot comes alive during the annual Vairamudi Brahmotsavam, when Lord Vishnu, the deity of the hill temple, is adorned with a crown studded with mythical diamonds studded with precious gems. Legend has it that the crown was brought by Garuda (the vehicle of Lord Vishnu) and adorned on the festive image of the beautiful deity Cheluvanarayana, waved by Sridevi and Bhudevi. This overnight event, which is part of the 10-day Vairamudi Brahmotsavam festival, is witnessed by thousands of devotees.

The combination of forested hills and lush green valleys is the perfect place to take a 75-meter plunge into a gorge in the Shivanasamudra to the roaring waters of the Kaveri. Shivanasamudra Island has two beautiful waterfalls formed by the river Kaveri. Explore the region during the monsoon season to see the Kaveri River form two picturesque waterfalls, known as Barachukki and Gaganakki. The western branch of the river forms the Gaganakki Falls which is located in Malavalli taluk which falls in the Mandya district. Barachukki Falls is located in Kollegal Taluk of Chamarajanagar district on the eastern branch of the river. Shivanasamudra also houses India’s first hydroelectric plant, established in 1902 to supply electricity to the Kolar Gold Fields.

During November-December, a serene village in Mandya comes alive with the arrival of spot-build pelicans and painted storks. Every year, bird watchers and nature lovers from all over the world flock to this tiny village to witness the sight. Besides pelicans, other birds that nest and breed in the trees of the village are the cormorants, black ibis, gray heron, black-crowned night heron, and Indian pond heron. In addition, the village farmers thrive on bird droppings, which are rich in potassium and are used as manure for their cultivation. It is heartwarming to see the birds living in harmony with the villagers.

A monument to mark the freedom struggle at Maddur, located on the Bangalore-Mysore highway. It was built in memory of Shivpura Dhwaj Satyagraha of 1938.

Bhimeshwari Nature and Adventure Camp is a unit of the state-run Jungle Lodges and Resorts. Which offers a range of adventure activities ranging from zip line, rope walking, and kayaking. The best time to visit is just after the monsoon, between August and February when the Kaveri River is in full flow and the forest is dense and lush.

Karighatta has located about 5 km from Srirangapatna and is situated on the banks of river Lokapavani. A place is an important place for nature lovers and an important place for Hindu devotees due to the Venkataramanaswamy temple built during the reign of Mysore kings (King Odeya). The top of the hill can be reached by vehicle or on foot via a steep winding road. There are temples of Venkataraman, Lakshmi, and Rama-Lakshmana-Sita in this temple complex.

Pandavapura is situated 28 km west of Mandya. It was a camp for the French army during the reign of Hyder and Tipu. Hence, it is also called ‘French Rocks’. Pandavapura is associated with events related to Mahabharata. It is believed that the Pandavas had camped here on a hill called ‘Kunti Betta’ (Kunti’s hill) while fleeing from the palace of wax during their stay in the forest. Hence it is also called ‘Pandavapura’. Kunti Betta is not a single hill but a series of many peaks spread over an area of ​​several miles. The peaks are locally named Kunti Betta, Bhimana Betta (Onake Betta), Bakasura Betta because these peaks associate themselves with the legends of Kunti, Bhima, and Bakasura.

Q. Why do we call Mandya?

A – Mandya district is part of a larger plateau from Mysore to the banks of the Eastern Ghats. It is also said that in ancient days, a great and popular sage, called Mandavya, lived in the area while doing tapas and the place came to be called Mandya after him.

Q. How many districts are there in Mandya?

Q. What is Mandya’s PIN code?

A – Below are the Mandya PIN code

Q. What is the capital of Mandya?

A – Mandya is a city in the state of Karnataka. It is the headquarters of the Mandya district and is located 45 kilometers (28 mi) from Mysore and 100 kilometers (62 mi) from Bangalore. Sugar factories contribute to the major economic output.

Q. How big is Mandya?

A – Mandya Sugar Factory was opened in 1833-34 under the ownership of ‘Mysore Sugar Company Limited.

Q. What does Mandya mean?

A – Mandya. Mandya is a city in the state of Karnataka. It is the headquarters of the Mandya district and is located 45 kilometers (28 mi) from Mysore and 100 kilometers (62 mi) from Bangalore. Sugar factories contribute to the major economic output.

Q. What is the specialty of Mandya?

A – Mandya is a district located in the state of Karnataka and is famous for being one of the largest sugarcane-producing regions in India. About two million people live in an area of ​​4,900 square kilometers. There are four major rivers in the district – Hemavati, Kaveri, Shimsha, and Lokpawani.

Q. Which crops are grown in Mandya?

A – The principal crops of the district are ragi (85,467 hectares), rice (79,892 hectares), sugarcane (30,630 hectares), pulses (mainly horse gram and to a lesser extent tur, cowpea, green gram, black gram, gram), and oilseeds (mainly from peanuts and sesame). Agriculture is the main activity in the district.

Q. What is the distance between Bangalore to Mandya?