Local SIM Card – 6 Countries Where It Pays to Buy 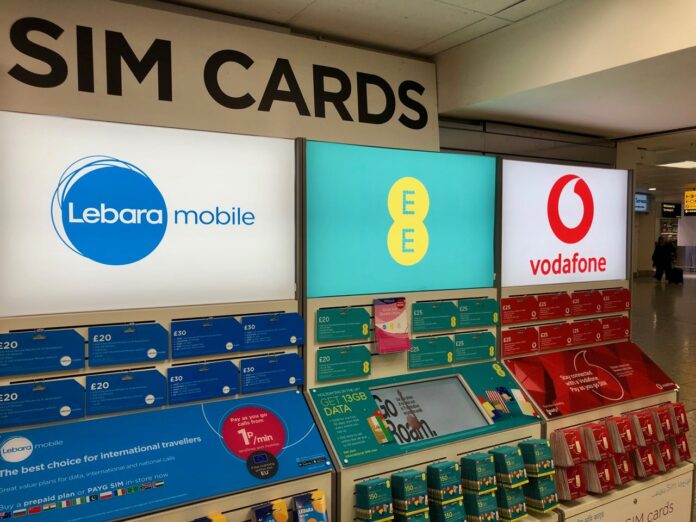 We have all heard of international travelers coming for a bill of hundreds or thousands of dollars because they do not check the fine print on their cell contracts. While things have improved a bit in recent years, especially for data or using your phone outside of North America, it can still be extremely expensive. There is a way to avoid excessive roaming charges, though, and it requires just two things: an unlocked phone, and a local SIM card. Follow a few simple tips, and a world of inexpensive phone usage awaits. While it’s typically a good idea to pick up local SIMs almost anywhere you’re staying for more than a few days, some countries make it especially worthwhile. Whether it’s due to low costs, lack of free Wi-fi, super-fast speeds, or something else, it pays to buy a local SIM card in these six countries in particular.

New Zealand is a beautiful country, filled with vast mountains, lush green rainforest, windscreen beaches, and slow expensive Wi-Fi. It is rare to find free internet (even in hotels), prices can be very high, and when you are paying too much, the pace is often slow. Although cellular data is not a bargain for the amount you receive, it is still cheaper and faster than relying on Wi-Fi.

You can expect to pay around $ 20 USD for call, text, and light data usage for up to a month. Given the issues with Wi-Fi, however, you’ll be using more cell data than when you return home. Plan on spending $ 40 or $ 50 more if you use your phone regularly. The main cell companies in New Zealand are Vodafone, Spark, and 2degrees. SIM cards can be purchased at any of the company’s retail stores, as well as gas stations and elsewhere. There are also outlets at some international airports.

Like New Zealand, travelers in Australia are not always easy to find free or fast Wi-Fi. While you shouldn’t have too many problems using hotels and cafes internet to stay connected in big cities, this is not the case anywhere else in this vast country.

Telstra has the largest network, with the highest prices. Competitors Optus and Vodafone have good service in towns and cities, but less elsewhere. If you are going to the Outback or spending a lot of time behind the wheel, then buying a Telstra SIM is one way. You should expect to pay around $ 30 USD for local calls, texts, and a package of moderate data usage lasting up to a month. If you need more data, add an extra $ 10 to $ 20, or want to make some fewer phone calls home.

Thailand is known as an affordable travel destination, and staying connected is no exception. While free Wi-Fi is very common at bars, restaurants, hotels, and elsewhere, local SIM packages are so cheap that it is worth taking either way. Major carriers include AIS, Trumov, and Happy, and they have all received kiosks at Bangkok Airport, where you will find a tourist SIM package sold at an inflated (though still affordable) price.

For the best deals, walk to 7-11, FamilyMart, or any other convenience store anywhere in the country. Official stores can also help you with more complex requirements. If you buy at the airport, between $ 6 to $ 10 you will get a moderate amount of data, usually valid for two to four weeks, with a little extra credit for making local calls and texts. As mentioned, you’ll get somewhere for your money, especially if you use too much data. Either way, if you plan to call home, be sure to always check international call rates.

If you want to see what a high-speed cellular network actually looks like, head to Romania. Known for having some of the fastest internet speeds in the world, the cellular network is no less impressive. In the capital, Bucharest, it is not uncommon to see LTE downloads near 100Mbps, and 3G networks (which are more likely to be used when you have a phone from the US) also have remarkably high speeds.

Even better, you will pay relatively little for a local SIM package to access that network. For less than $ 20, you have a good amount of data to last a month, as well as a large number of local calls and texts, if you need them. Vodafone and Orange are the major carriers, and you can buy their SIM convenience stores, or from official shops to shopping malls and elsewhere.

Nepal is a great country to visit, with some of the best, most rewarding mountains in the world. Infrastructure with pot-holly roads, frequent power cuts, and exceptionally Wi-Fi almost everywhere, leaves much to be desired. Surprisingly, the cellular network is quite reliable, with very high data speeds – you can, for example, make a Skype call without a problem, which you’ll rarely be able to do over Wi-Fi.

There are only two carriers in the country, Ncell and Nepal Telecom, and you have not paid too much to use them. Local SIM Card can be purchased (with ID) in most places where you see the company’s logo, even from small hole-in-wall stores. A SIM and Lite data package typically costs less than $ 10, and you will pay as little as 2c / min for calls back to the US.

Want to stay connected on the beach in Cape Town, or watch the lions in Krueger National Park? Local SIM cards are reasonably priced in South Africa, and with Wi-Fi often having speed restrictions or download caps, it is a good idea to choose one of those small pieces of plastic. The major providers are Vodacom and MTN, and for most visitors, there is little to choose between them. You can pre-order SIM online with Vodacom, which you collect at the airport upon arrival. Like most airport services, however, you pay too much for convenience.

10 Ways to Use Less Mobile Data When You Travel