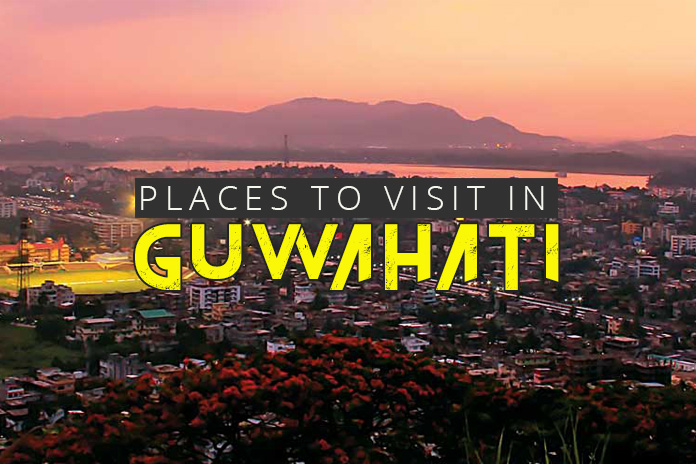 Guwahati is an ancient urban city and is actually known as Pragjyotishpur and Durjaya in the Kamrup state now known as Assam. Situated on the banks of the Brahmaputra River and at the foothills of the Shillong Plateau, Assam is known for its rich heritage. Guwahati is also a major educational and commercial center. Blessed with natural beauty with beautiful views of the Brahmaputra and its mountain ranges, Guwahati is also rich in flora and fauna. The Pobitora Wildlife Sanctuary, located 48 km from Guwahati, is home to the famous one-horned rhinoceros, leopards, wild boar, and barking deer.

Some of the major attractions for tourists in Guwahati include a river trip on the Brahmaputra, which provides an excellent view of sunrise and sunset, a visit to Umananda Temple, Srimanta Sankardev Kalakshetra, and Assam State Museum. The most popular tourist destination in Guwahati is the Kamakhya Devi Temple. The temple is situated on the Neelachal hill which is located at a distance of 5kms from the city. Kamakhya Temple is considered to be one of the holiest temples in India.

Guwahati is an important transit center for travel within the North-Eastern states. Guwahati Airport connects the city to many other cities in the Northeast. While traveling by train, the city can be reached via the North-East Frontier Railway. The nearest railheads are Kamakhya Junction and New Guwahati Station. The city is also well connected by roads. National Highway 31 connects the city with Bihar, West Bengal, and Jharkhand.

Offering a natural habitat for flora and fauna, this place is a great place to relax and unwind in the realm of nature when you are in Guwahati. Some popular animals that you can see in Guwahati Zoo are Royal Bengal Tiger, White Tiger, White Rhino, Black Panther, Asiatic Lion, Deer, Sambar Deer, etc.

Nameri National Park is an old center in the foothills of the eastern Himalayas. With a vast spread of lakes and water bodies, the region has easy sight of rhinos, elephants, tigers, leopards, sambar, dhole, hornbills, ducks, and cranes.

One has a love for vegetation like wide grasslands, tall evergreens, and deciduous trees can totally spend a good time in the heart of Nameri. Apart from this, it connects to Guwahati through fast roads and there will be no hindrance in reaching this beautiful place. Tezpur, Nameri from the north is 38.8 km and easily accessible from here. In addition, Guwahati Airport and Tezpur Airport can be chosen by tourists who want to opt for a flyway to come here.

The island is a religious addition to the travel bucket list of Assam. Also known as Mayur Island by the British, it has gained popularity due to its presence among the Brahmaputra River and can be easily added when you are in Guwahati. Umananda Island is known as one of the smallest islands in the world and includes the Umananda Temple dedicated to Lord Shiva.

The old form of rock-cut figures of Lord Surya, Ganesh, and Shiva allow anyone to appreciate the beauty and skill of the craftsmanship of the Assamese people who showed their dedication to spiritual energy. The bells of the temple and the sound of water flowing together change the mood of devotees and tourists. It has become the best tourist destination in Assam as it is easily available on the banks of the Brahmaputra River.

The temple is listed as one of Guwahati’s famous tourist destinations and is associated with a legend that states that in the month of June, the Brahmaputra river water turns red due to the menstruation of the goddess. The breathtaking beauty that surrounds the Kamakhya temple complex is breathtaking and one can look forward to discovering various artistic sculptures here. The Kamakhya temple is best visited during the months of September and October when the festival of Durga Puja is held splendidly for five days.

Established by Kamarupa Anusandan Committee, the museum is a journey to explore the culture and heritage of Assam through its fascinating antiques. Some of the most interesting things that can be found here are prehistoric ivory paintings, sculptures, metal, wood, and costumes, etc. With various categories of exhibitions like epigraphy, sculptures, miscellaneous, natural history, etc., the museum is a wonderful journey for all those who want to witness the traditions of the state of Assam.

With increasing its knowledge of the solar system and the universe, the Guwahati Planetarium is popularly known as an astronomical research center. Tourists visiting here may be eager to enjoy many seminars and exhibitions, as well as some astronomical events such as an eclipse or meteor shower, which can be seen up close when arrangements are made to attract many visitors.

One of the popular tourist destinations in Guwahati, Nehru Park is a bustling attraction that you must visit when you are in Guwahati. Built in the 2000s, Nehru Park is named after Jawaharlal Nehru and has many famous educational institutions in its vicinity.

Known for being a tree of thousands of species with many dance idols performing Assamese folk dance, Nehru Park is a quiet place for tourists. The magnificent park has a rock garden and an open-air theater, where one can enjoy a refreshing rest with lawns and blooming flowers. The beautiful park attracts tourists and it is a wonderful trip if you are walking with children.

With Lord Shiva as the main deity, the Umananda Temple is a quiet getaway for nature lovers in Guwahati. The mountain is situated atop Bhasmakut and surrounded by the vast waters of the Brahmaputra River, Umananda Temple in 1694 AD. It was built by King Gadadhar Singh.

It is believed that Lord Shiva resided here as Bhyananda and burnt Kamdev in ashes while he was meditating on Lord Shiva. With breathtaking surroundings, the Umananda Temple is a delightful retreat to enjoy the scenic views of this beautiful riverine island and take home a serene memory of your vacation in Guwahati. A complete getaway from the hustle-bustle of the city, the Umananda Temple is a great place to enjoy some solitude and bask in the luxury of nature.

You can look forward to a charming sunset and a lavish dinner to enjoy the day with your loved ones. With the enjoyment of cultural activities such as live music and folk dances, the Alfresco Grand Cruise promises to be a memorable activity on your vacation in Guwahati. Three popular types of cruises that you can enjoy here are the luxury river cruise on the Alfresco Grand, the party cruises on the Alfresco, and the houseboat cruises.