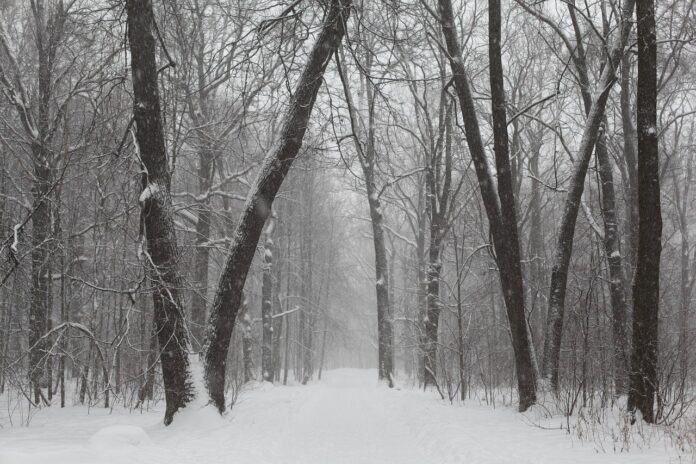 Freezing in the cold, the water turns into one of the most beautiful natural phenomena. You can endlessly admire the frosty creations – if, of course, you dress warmly. We found seven impressive ice and snow objects, the beauty of which will melt the hearts of even those who do not like winter and cold. 7 amazing ice and snow objects that can be seen in Russia.

In the bowels of Ice Mountain on the outskirts of the town of Kungur, which is a hundred kilometers from Perm, there is a grandiose labyrinth of icy passages and halls. This cave, more than 8 km long, is considered one of the largest in Russia. There are 58 high grottoes, 70 lakes, and 146 organ pipes – the so-called long mines in karst vaults, which go almost to the surface. By the way, it is always cool here: even in the hottest summer, the temperature does not rise above plus 5 degrees.

Stone walls are covered with crystals and growths, and gigantic icicles grow in niches and grottoes, taking bizarre shapes. The ice formations reach their largest sizes by the end of February – this is the best time to walk in the underground.

About two kilometers of the Kungur Cave are open for tourists, among the excursions there are thematic ones – for example, “In Search of Ermak’s Treasure” or “Labyrinth of Fear”.

Glamping Valley of Dreamers, located near the Baikal village of Listvyanka, turns into a fabulous hotel in winter. There are several igloo houses here: under a strong snow cocoon with a stylish wooden façade, a spacious tent is found. Inside, there are large, comfortable beds, heated sheets, carpets, and skins on the floor, as well as Wi-Fi and heating. And around the door, like that of hobbits, leads into this warm inner world. A large ice hall was built on the territory – romantic dinners are arranged here and drinks at the ice bar counter.

Every year the team of Dreamers builds new impressive art objects. Among them, there is like a crystal labyrinth library, on the transparent walls of which you can write cherished desires or an authentic altarpiece with beautiful intricate patterns. And in February, within the framework of the #Live_on_Baikal festival, a concert is held here, the participants of which play ice musical instruments!

In the narrow Chegem gorge, which is an hour’s drive from Nalchik, water oozes for many kilometers: several waterfalls break down here from the sheer cliffs – either powerful streams, or thin streams, or picturesque cascades, or a timid drop. In winter, this whole water circus turns into a majestic ice wall several tens of meters high. Giant icicles stick out from the rocks like bared teeth, shining white against the backdrop of dark stones. And unruly streams burst out from under the layers of ice, freezing on the fly – an incredible and unforgettable sight. And quite affordable – bus excursions to the waterfalls are widely offered in Minvody and the Elbrus region.

There is a highway along the entire gorge, and observation platforms are located near the most picturesque waterfalls. Small cafes with shashliks and khychins immediately huddle up to the rocks and lively locals sell souvenirs, hanging knitted shawls and hats right on the rocks – prepare cash, in the gorge, mobile communications are poorly caught and a transfer will not work.

Underground passages under the Chochur-Muran hill in the suburbs of Yakutsk were pierced back in the 1980s – tunnels and chambers in the permafrost were used in Soviet times as a refrigerator for food supplies. Now there is a tourist complex with an exhibition of ice figures, a paleontological museum, and ice attractions. There are copies of antique statues and popular characters from movies and cartoons. In the ceremonial hall, traditional rituals of blessing and cleansing are held, in the throne hall, the Yakut Santa Claus Chyskhaan receives guests, and in the ice bar they are treated to stroganina and warming drinks.

In Tsarstvo you can play curling, slide down the ice slide, wander through the ice labyrinth and drop a letter for Santa Claus into the ice mailbox – in December he personally comes for correspondence from Veliky Ustyug. The complex operates all year round, inside the eternal glacier there is always a stable temperature, which does not rise above minus 5 and does not fall below minus 10. Warm ugg boots, a thermal cloak, and a helmet are given at the entrance.

Mutnovskaya Sopka is a restless volcano: next to its four craters, one of the largest and most active geothermal zones on the planet is puffing, puffing, and spitting boiling water. And in the vicinity of hot springs, colorful lakes with boiling acid and crevices erupting columns of hot steam, the slopes of Mutnovsky are covered by a huge glacier. From the inside, it is all eaten away like ahead of cheese: from the sun’s rays and volcanic activity, the ice melts, and vast caves and grottoes are formed, constantly changing outlines.

The grottoes acquire the most impressive appearance by the end of summer when the length of the ice tunnels can reach 300 m, and the sunlight penetrating through the thinning vaults makes them emerald and turquoise. In winter, most of the caves are covered with snow, but several grottoes remain accessible throughout the year, you can walk along with them with a guide. Tours to Mutnovsky are organized from Petropavlovsk-Kamchatsky – in summer by jeeps, in winter by all-terrain vehicles.

After watching the famous Japanese snow festival in Sapporo, Siberians in 2000 decided to make their own – fortunately, there were never any difficulties with snow in Siberia. Since then, sculptors and artists from all over the world come to Novosibirsk every January. The city administration allocates Pervomaisky square for the festival, brings clean snow from countryside fields in the form of three-meter cubes, and guards the grounds around the clock.

Unlike the Japanese festival, frames, lights, power tools, and other high technologies are not used here in principle. And this does not prevent the craftsmen from creating sculptures with complex shapes and delicate carvings that are striking in detail. The competition and awards ceremony usually takes place during the New Year holidays, but the sculptures can be admired until the end of January. 7 amazing ice and snow objects that can be seen in Russia.

The great lake does not freeze immediately – at first its waves freeze. Breaking against the rocks during the last autumn storms, they remain on the rocks as ice splashes, which are called sokui here. Freezing, Baikal calms down and seems to shrink – the ice level becomes noticeably lower than the usual water level. The foundations of the coastal cliffs are exposed, opening passages too numerous grottoes. From the inside, these caves are covered with juices and thousands of icicles, which turn them into the palaces of the Snow Queen.

Ice stalactites and stalagmites are small and huge, sometimes they are transparent, like crystal, sometimes dull white, and sometimes they grow soft, like fluff, snow crystals. And on a sunny day, all this also sparkles like diamonds in the rays of spotlights.

You can see the magical grottoes from the end of January to the beginning of March, most of them are on the rocky shores of Olkhon Island – at the Khoboy, Kharantsy, Kobylya Golova, and Sagan-Khushun capes.

The excursions are organized by local tourist companies, who, at the beginning of the ice season, conduct exploration and find out where the most beautiful caves are this year. 7 amazing ice and snow objects that can be seen in Russia.

Previous article
10 Ways to Use Less Mobile Data When You Travel
Next article
Nur-Sultan: a miracle in the steppe