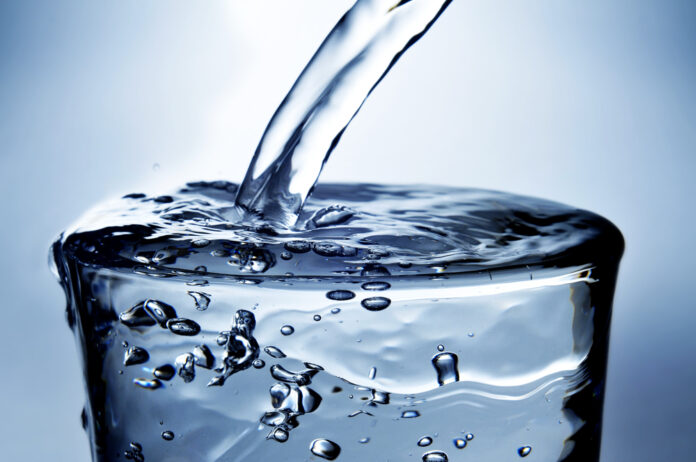 In a world of ongoing water crises, conflicting messages abound. On one hand, bottled water is environmentally disastrous, not only because of the plastic waste it produces but because it encourages private companies to buy up all the world’s fresh water, all but guaranteeing future scarcity. On the other hand, much of the world’s tap water is of questionable cleanliness, not only in the developing nations of Africa and Asia but in the United States, where the Flint water crisis continues to this day. Below are seven places you don’t have to worry about drinking tap water.

If you’ve ever been to Switzerland, it probably won’t surprise you that the Alpine nation is home to some of the world’s cleanest tap water. It’s extremely clean in general after all—you’re unlikely to find a single piece of trash on the street, even in big cities like Geneva and Zurich.

Switzerland’s clean tap water results from the confluence of good luck and good policy. The country receives plenty of rain, which combined with melt from its glaciers, provides far more water than the population needs.

Additionally, Swiss government policy protects its water supply and has for many decades. So long as the country can ward off the worst impacts of global warming, it should continue to boast some of the world’s cleanest tap water for years or even decades to come.

Canada is much larger than Switzerland, but it still manages to have some of the world’s cleanest tap water. How is this possible? First of all, Canada’s demand for tap water is lower than its geographical footprint would suggest, thanks to low population density.

Canada’s environmental laws haven’t been as consistently stringent as Switzerland’s, thanks both to several conservative governments as well as variations between the provinces, but the country has so many water sources that the tap water supply remains pristine. Cities in Canada maintain a rigorous and highly-regulated filtration process for urban tap water, further underscoring its cleanliness and safety.

Are you noticing a trend here? Like Canada and Switzerland, New Zealand is a sparsely populated, mountainous nation with plenty of glaciers that melt into clear, beautiful lakes. The country’s politics have also tended to be more liberal than others, which means that both its citizens and politicians recognize the national importance of clean water.

It’s difficult to quantify, but some would argue that New Zealand tap water is at least as clean as what you drink from a bottle in most parts of the world. It’s possible to drink directly from many New Zealand lakes, which is more than you can say about many places on the planet.

When you think of Southeast Asia, you usually don’t think of clean water. You also don’t typically imagine clean cities; however, once you visit Singapore and observe its gleaming urban core, it’s not surprising to conclude that tap water here is also extremely clean.

Of course, having clean water is more a matter of necessity for Singapore than it is idealism. The tiny nation, which has been independent for less than a century, occupies a land area similar to the city of Los Angeles but has more than five million residents.

Clean tap water is one of Singapore’s most important resources—without it, the country’s longstanding prosperity could begin to fade away.

Germany has a long history of passing laws that protect its natural resources. It will be the first major country to power its entire electric grid using clean energy, for example. It makes sense that Germany is home to some of the world’s cleanest tap water.

Like every country on this list so far, besides Singapore, Germany’s clean tap water is mostly the result of clean lakes and glacial snowmelt, and it doesn’t rely heavily on reverse osmosis and other technologies favored by producers of bottled water.

Another interesting fact when it comes to clean German tap water is that the government releases specific data about what the water contains, allowing Germans to stay informed as they drink from their pristine taps.

Like Switzerland, the countries of Scandinavia are the picture of cleanliness as far as Europe is concerned. From the pristine beaches of the Arctic where the Sami people live to capitals like Oslo and Stockholm, Scandinavia boasts clean air and land—why would its water supply be any different?

Individually, the nations of Scandinavia (and in particular Norway and Sweden) rank high on lists of clean tap water around the world. If you put them all together, it’s clear that this is the region of the world where you find the safest and most delicious water flowing from taps.

Finland, while something not considered part of Scandinavia for both political and geographical reasons, filters its naturally clean water multiple times before it reaches the tap, which has caused some local residents to proclaim that Helsinki tap water tastes better than bottled water!

London is one of the world’s most exciting cities, but let’s face it. Clean water is not the first thing you think of when you walk along the shores of the Thames, or when you read about “Fatbergs” clogging the city’s sewers. However, the UK is home to some of the cleanest tap water in the world, though it’s doubtful any of it originates in London.

British tap water is clean for many of the same reasons as what you drink while in other countries on this list. For one thing, the rural northern reaches of England, Scotland, and Wales are home to dozens of freshwater lakes, which are an important source of drinking water for much of the country. Additionally, the UK is one of the rainiest regions in the world, which means this supply is constantly replenished.

Add these facts to a government that’s mostly been pro-environment and a state-of-the-art set of filtration processes and you have a recipe for clean, tasty tap water.