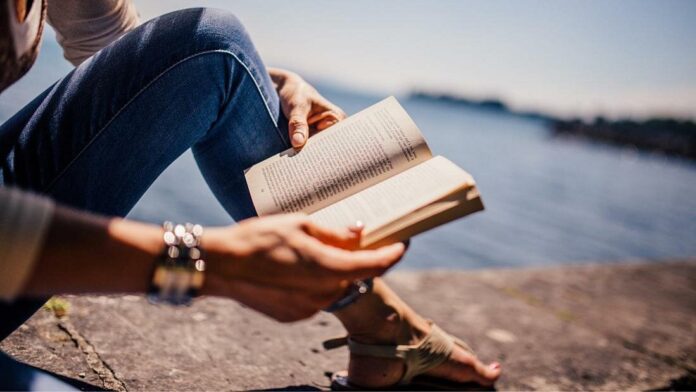 Six Literary Journeys 2022: For hundreds of years, books have inspired people to travel. Whether it’s visiting cities that inspired famous novels or following fictional characters into the wild, reading can take you where you’ve never been before.

If you’re already a book lover, you’ve probably already visited many of the places associated with your favorite authors and novels. You’ve explored places in St. Petersburg associated with Dostoevsky’s characters, traveled through the Yorkshire swamps of Brontë’s novels, or seen Dublin through the eyes of James Joyce.

So if you feel like it, here are some more offbeat ideas to inspire your next literary feast.

It has been 100 years since the famous detective writer Agatha Christie embarked on her epic tour. And now you can follow her 10-month journey with the Black Tomato Ride Series.

Starting in the UK, the journey will take you through Africa, Australia, and North America. You’ll visit places where Christy has stayed and experience the highlights of her world tour, including the surf spot on the Cape Peninsula in South Africa, where the author first tried the sport.

Each leg of the journey has an individual itinerary, allowing you to combine the aspects of the Grand Tour that interest you the most. You even have the chance to hear from Christie’s great-grandson, James Pritchard, before your journey begins in London. An unforgettable experience for fans of some of the best detective novels of the 20th century.

Stay at the Algonquin Hotel

This historic hotel in midtown Manhattan, New York is famous for hosting famous literary and theatrical figures. In 1919, it became the meeting place for the famous Algonquian Round Table, which brought together journalists, writers, and actors.

Among the most notable members were George S. Kaufman and Dorothy Parker. They also influenced famous American authors such as F. Scott Fitzgerald and Ernest Hemingway.

Algonquin is also known for its cats who run the hotel. The tradition dates back to the 1930s when owner Frank Case adopted a stray cat named Rusty.

Hunter S. Thompson’s cabin on his Owl Farm in Colorado, USA was opened to the public by his wife Anita in 2019. What you pay to live in this unusual literary residence helps fund the Owl Farm Trust and the Gonzo Foundation.

The house has two bedrooms, a newly renovated bathroom, a kitchen, and a living room that has one of his desks. Also on the 17-hectare site in the two-bedroom house where Thompson lived and worked. It’s just a few minutes walk from where the author’s ashes were fired from Gonzo’s 47-meter fist-shaped cannon.

However, you will need to provide an explanation at the time of booking, as guests are required to write a short paragraph stating their reasons for wanting to stay at the cottage. There is also a waiting list for visitors who have not yet been or do not have a recommendation from a previous guest.

A Day in the Life of F. Scott Fitzgerald

F. Scott Fitzgerald wrote extensively while at Princeton University. He was a poor student, truant, and eventually dropped out to join the army.

To learn more about his less than successful student years, you can take a campus walking tour to visit Fitzgerald’s homes and hangouts. You can see everything from the autographed manuscript of The Great Gatsby in the Princeton library to the house he lived in during his time in the city and the clubs he frequented.

Princeton is also just over an hour from New York City, where you can experience even more of Fitzgerald’s inspiration. Take a boat tour towards Long Island to see the summer party venue that inspired The Great Gatsby.

Explore the Sicilian inspiration of Montelbano

Inspector Montalbano is a popular Italian television series based on the works of the Sicilian writer Andrea Camilleri. Despite the fact that it first aired in 1999, it remains popular with viewers around the world to this day.

The fictional city of Vigata, in which Montalbano is based, is inspired by the author’s hometown of Porto Empedocle near Agrigento in southwestern Sicily. The city even embraced its connection to TV series and novels by erecting a statue in the form of a fictional detective.

If you are looking for locations where the series was filmed, head to Ragusa. The region is known for its baroque architecture and stunning views, familiar to any fan of the show. After following in Montalbano’s footsteps, take a break and grab a bite to eat at one of his favorite daytime spots, Trattoria San Calogero or Trattoria la Rusticana as it’s called in real life.

Elsewhere in Sicily, you can stay at the beach house in the seaside village of Punta Secca, which was used as his screen home. Start your day just like Inspector Montalbano, enjoying an espresso and taking a dip in the sea.

Explore Santiago, the capital of the “land of the poets”

La Chascona, the home of Pablo Neruda at the foot of the Cerro San Cristobal hill, is full of unique objects that show the political and historical past of the country. The house itself also has an interesting history; it was looted and destroyed by the military after the death of the poet. He has become a symbol of the resilience of the artistic community in Santiago.

When you’ve finished your tour of the poet’s house, take the elevator to the top of the steep hill for a view that has inspired many of the city’s artists. On a clear day, you can see the snow-capped Andes rising above Santiago.

Clubs In Dubai For Nightlife Experience