Darjeeling – The Queen of Hills Places to visit 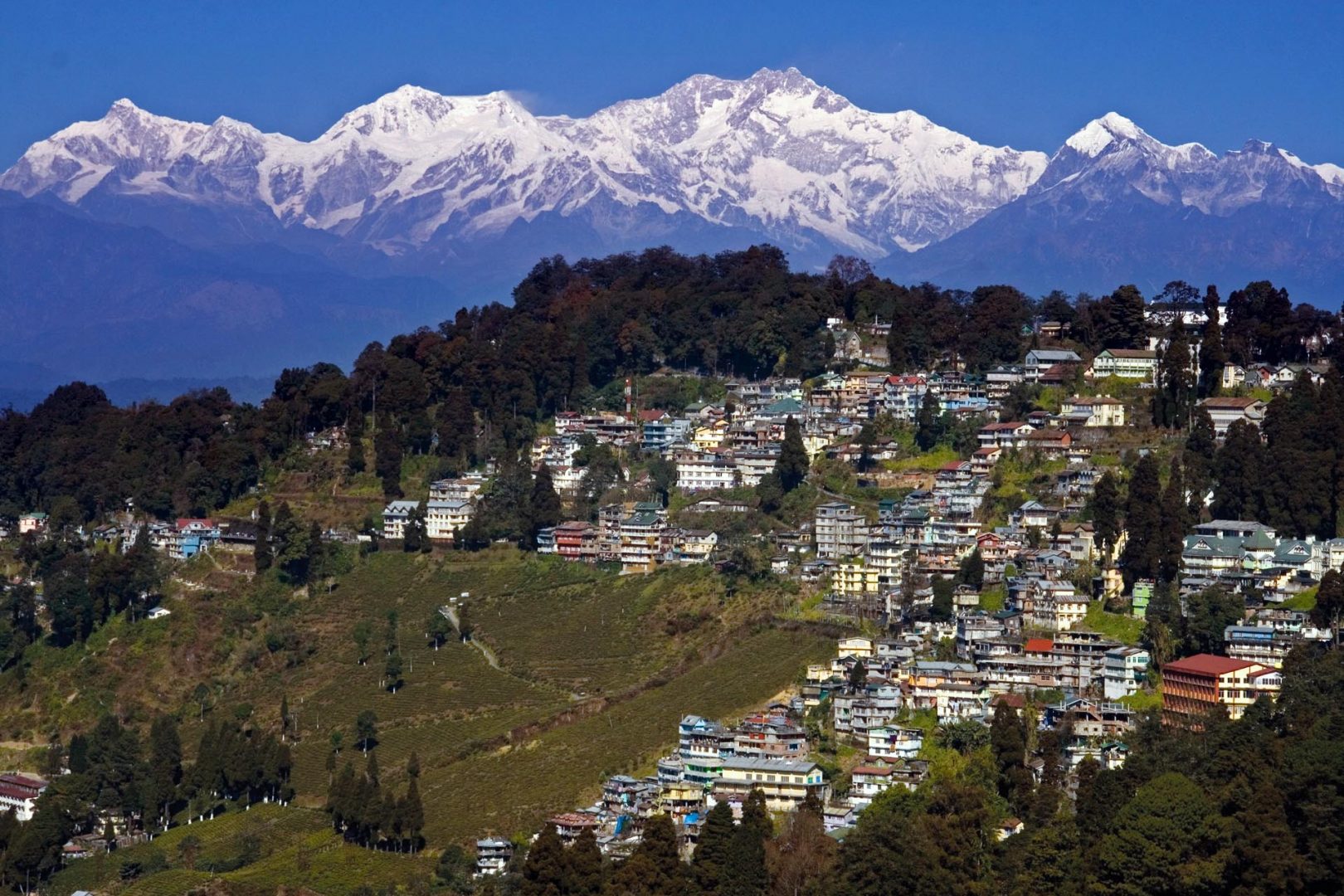 Popularly known as the Queen of Hills, Darjeeling is located in the Shivalik hills of the lower range of the Himalayas. Like most other hill stations in India, the British developed Darjeeling as a respite from the summer heat in the plains. The British loved the town for the competitive rejuvenation package that it offered – a serene atmosphere, a view of the snowline, scented pines and a golden-colored brew called the Darjeeling tea. The place has since become a pilgrimage of sorts for tea connoisseurs.

Darjeeling Himalayan Railway is the town’s other claim to global fame. Connecting the town with the plains, it was declared a World Heritage Site in 1999 and is one of the few steam engines still in service in India. Darjeeling also has several British-style public schools, hotels, and houses that are very old and declared heritage buildings.

Situated at an altitude of 2590 meters (8482 ft.) and 13 km from the town, this spot has earned international fame for the magnificent view of the sunrise over “Kanchenjunga” and the great Eastern Himalayan Mountains. Even Mount Everest, the world’s highest peak, is visible from here. The snow-clad Himalayan ranges have a majestic presence in the background and Mount Kanchenjunga, the world’s third-highest peak, is visible on bright sunny days and is a major tourist attraction.

About 5 km from Darjeeling, the Railway Loop is a marvelous feat of engineering. It is fascinating to watch the toy train wind its way around the loop. The War Memorial constructed in the memory of the brave sons of Darjeeling who died in different actions since 1947, is worth a visit.

A quaint 120-year-old building saturated with a colonial charm, the New Elgin in Darjeeling is wherein the heyday of the British Raj, statesmen, eminent politicians, and bureaucrats met and admired the lithographs by Daniell and etchings by C. Douglas that still adorn the walls of the oldest hotel in Darjeeling. The New Elgin has been the proud host to Dominique Lapierre, Crown Prince of Sikkim Tenzing Namgyal, the Royal Family of Bhutan, US Ambassador Galbraith, and many more distinguished guests. On your arrival at the hotel, you will be welcomed with a silken khada which will be wrapped around your neck in keeping with the tradition in the North East.

St. Paul’s School is one of India’s oldest and pre-eminent public schools, known for its academic tradition and alumni. At about 7500 feet above sea level, it offers great scenic pleasure and has the famous Kanchenjunga mountain range right behind it. St Paul is physically separated from Darjeeling by its location on a high hill that is a few kilometers above the main town. Large expanses of wildland and greenery surround the campus, affording the campus a spectacular view of the town, the high foothills, and the snowy peaks of the Himalayas.

Himalayan Mountaineering Institute or HMI for short, is a museum and also a training center for budding mountaineers. The equipment used by the famous duo Edmund Hillary and Sherpa Tenzing Norgay is on display at the center including their boots, their torch, their personal items, clothing, and mountaineering essentials that they had carried along when scaling Mount Everest, the world’s highest peak in 1953. The humble start of the Sherpa is highlighted. Born in the village of Moyey, he was raised in Nepal and was a resident of India for much of his adult life. Tenzing never learned to read or write, but had an active mind and was fluent in several languages.

Known for his daring spirit and competence in trekking, Tenzing Norgay (1914-1986) went to Everest as a high altitude porter on the 1935, 1936, and 1938 Expeditions. In 1952, he was a climbing member of the Swiss expedition’s attempt on Everest. The following year with Edmund Hillary, Tenzing completed the same route, thus making the first successful summit ascent. Pandit Jawaharlal Nehru, then Prime Minister and a visionary to commemorate the famous Everest feat and laud the enthusiasm of the youth opened a mountaineering institute (HMI) in Darjeeling and equipped the institute with technical expertise that could be imparted to young and keen mountaineers. Today it is one of the foremost mountaineering institutes in the world.

Like most hill stations, Darjeeling is best covered by foot. The cool climate makes walking around town a pleasure. Travelers can hire taxis from stands near the entrance to the Mall for longer trips. Shared-jeeps also operate on certain stretches.

Frequently Asked Questions About Things To Do In Darjeeling

Q. What is there to see in Darjeeling?

A. The major attraction in Darjeeling include:

Q. Can we visit Darjeeling in December?

A. The average temperature in Darjeeling during December ranges from 2.5°C to 11.2°C. Most of the tourist attractions are open and there are lesser chances of snowfall. So, many people, especially couples, choose to visit Darjeeling in December too.

Q. What is Darjeeling most famous for?

A. Darjeeling is famous mainly for its tea plantations. Another highlight is its Himalayan railway, which still has a working steam engine train making it a UNESCO World Heritage Site.

A. As far as the safety and security of a tourist are concerned, Darjeeling is a safe place to be in.

Q. What is the right time to visit Darjeeling?

A. The best time to visit Darjeeling is during the summer months from April to June.

Q. How many days are enough for Darjeeling?

A. 5 to 7 days are enough to explore Darjeeling and the nearby Gangtok. Keep You can spend 2 days in Darjeeling, 2 days in Gangtok, and 1 day in Nathula exploring and sightseeing the places.

Q. Is there snowfall in Darjeeling?

A. Yes, it does occasionally snowfall in Darjeeling and only in some parts of the districts that are located higher in altitude.

Previous article
Sikkim, India – A Door Way To Heaven
Next article
Mahabodhi Temple in Bodhgaya and How to Visit It