Butrint – The First Archaeological Of Albania 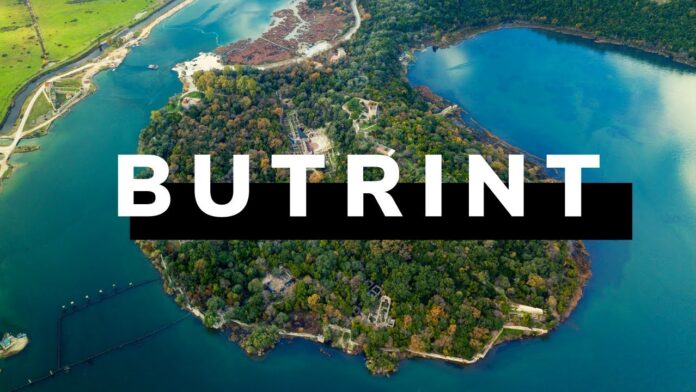 Butrint This archaeological site was the first in Albania to be under UNESCO World Heritage Protection. It is located in the south of Albania. However, it is also in the Ramsar list as a national park. Butrint supports a large number of plants and animals considered to have unfavorable conservation status nationally or internationally, such as Pneumonias tenuirostris, Caretta caretta, Dermochelys coriacea and Monachus monachus. The area is also an important spawning ground, food source and migration path for fish. The main activities are fishing, mussel farming, stock raising, vineyards and cultural tourism.

A country within a country, which was butrint in its flourishing days. Inhabited from prehistoric times before the birth of Christ, Butrint was the center of the Pelasgian, Hellenic, Roman and Byzantine colonies. All these led to the abandonment of the city from medieval times to the present day. People from all over the world come to see such wonders of history.

The city is first mentioned by Hecatetus in the late 6th century BC. In addition, the Roman poet Virgil mentions this place in his poem Aeneid. The history of this place and its name begins with the fall of Troy, where Troy migrants came to this place to escape the war. Priam’s son Hellenes decided to sacrifice a bull, the bull escaped and went to this place. The Hellenes thinks this was a good omen and decides to call the place Butrotum, or Beau Ferrito, which means wounded bull.

This area includes the lake where Ali Pasha Castle is. He built the palace when the French army along with Napoleon Bonaparte invaded Corfu. He did not want the same fate for Albania so he built the palace and later gifted it to his wife.

Butrint is made in different periods of time. You can see the ruins of the Bronze Age. The site was first discovered by Luigi Maria Ugolini, who was inspired by Virgil’s poem Aeneid. He wanted to see where the Roman Empire had reached. Ugolini talks about this with Mussolini to fund his research, which of course Mussolini accepted as he was trying to gain power in Europe. Ugolini spent 10 years at this place doing archaeological research on the site.

What is interesting about Butrint?

The interesting thing is that there are Greek letters on the walls of the theater. Albanian women wrote these letters. Why Ancient Greeks? Albanian was only a spoken language but not written. Why and what do walls say by women? Because women had power in Albania and there are 29 acts of emancipation in this wall. May I remind you that Albania is one of the first countries to have a woman as ruler and queen?

It is important to remind that this place was believed to have healing power. Butrint had a temple in honor of the healing/healing god Asclepius. That is why by the theater you can see the engraved snake that nowadays is part of the pharmacy logo. In addition, the theater has been built with donations made to the temple of Asclepius. Theater was important at that time because of theatrical plays. But there were also important decisions on economy and politics.

Butrinti Amphitheater, at the Archaeological Park of Butrinti, Saranda, UNESCO-Site
This place is a magical marvel of ancient civilizations that you need to explore. Ugolini thought that Butrint had 7 entrances to the city, but he discovered only 5.

Take your time, and don’t miss this place of legends, myths, and the healing energy of Asclepius. Even today his energy is present in this place.

Q. What is Butrint Albania?

Q. What was butrint used for?

A – After the Roman Empire was divided between East and West, the Byzantines made Butrint an important Christian center. The baptistery that survives to this day was a Roman structure that was later reused for ecclesiastical purposes.

Q. When was butrint found?

A – Butrint became an episcopal center in the 5th century AD; It was fortified and substantial early Christian structures were built. After a period of abandonment, Butrint was rebuilt under Byzantine control in the 9th century.

Q. Why is Butrint a World Heritage Site?

A – Butrint is an archaeological site that provides valuable evidence of ancient and medieval civilizations in the area of ​​modern Albania. The site, on a hill next to the lake, connected to the sea by a canal, has been inhabited since prehistoric times.