Bengaluru – Tips for Getting Around 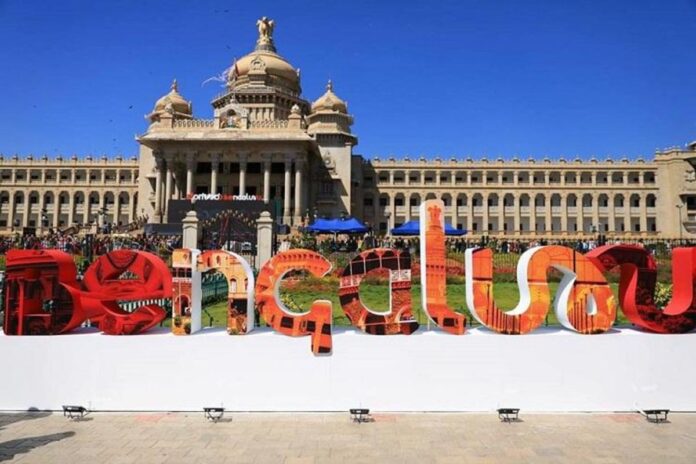 Bengaluru, the capital of Karnataka in South India, has experienced phenomenal growth in recent years. This has placed huge pressure on the public transport system and resulted in problematic traffic management issues. The new Metro train rapid transit system has made getting around Bangalore easier and provides a welcome alternative to buses for commuters. Metro ridership currently clocks more than 400,000 passengers per day. There has been a corresponding decrease in bus ridership, which currently stands at about 3.6 million passengers per day.

The Metro train will be of some use to tourists, particularly those on a budget or those wanting to avoid being stuck in traffic. However, most visitors use app-based taxi services such as Uber for short trips. Find out what you should know in this guide to public transportation in Bengaluru.

How to Ride the Metro Train

The Bengaluru Metro train (called Namma Metro) connects the commercial and residential areas of the city. The Metro started operating in 2011 and is Bangalore’s first rail-based public transport system. It’s punctual, faster, and more comfortable than riding the bus. The network is being built in phases and is still under construction, although Phase I of II is now up and running, with Phase II expected to begin operating at the end of 2020.

Phase I consists of two lines going north-south (the Green Line) and east-west (the Purple Line). They intersect at the underground Kempegowda Majestic Interchange Station in the city center. A walkway also links this station to the city bus stand, the state bus terminal, and the city railway station (for long-distance Indian Railways trains).

Tourists can use the Metro in the following ways:

You can also check the Namma Metro website for further details but it’s not very user-friendly. A better route map is available here.

Riding the Bus in Bengaluru

Bengaluru Metropolitan Transport Corporation (BMTC) operates various ordinary and special bus services in the city. There are more than 6,000 buses on 2,000 routes! About 825 of them are air-conditioned. The bus is popularly used by commuters in Bengaluru. It’s a cost-effective way of getting around but is subject to traffic conditions, including widespread congestion and traffic jams. If you don’t know the system well, traveling by bus can be difficult. Ordinary city buses only display the route number in English. Destination and route information are written in the local language. The BMTC has an app for both Android and iOS users that provides detailed real-time information about buses in the city. The app’s handy trip planner feature will help you find out which bus to take, the journey duration, the location of the bus stop, and where the bus is. Google Maps has bus information too. The fare will depend on the type of bus, with varying degrees of comfort.

Board a bus near the start of the route at Majestic or Shivaji Nagar, and you’ll get a great insight into life in Bengaluru.

Tourists will be most interested in the BMTC’s Bengaluru Darshini bus service. This special air-conditioned bus takes passengers on a full-day city tour covering 16 attractions. It departs daily from Kempegowda Bus Station at 8.45 a.m. and returns at 6 p.m. The cost is 400 rupees per person for adults and 300 rupees for children. Attractions include the ISKON Temple, Bull Temple, Vidhana Soudha, Tipu Sultan’s Palace, Karnataka Silk Emporium, Cubbon Park, and Government Museum. This bus service is an inexpensive option for sightseeing. The downside is that you’ll be rushed and won’t get to spend much time at each place. Online bookings can be made here. Enter “BENGALURU” in the “From” field and “BENGALURU DARSHINI” in the “To” field. There are usually vacant seats remaining though, so you can just turn up on the day and buy a ticket on the bus.

BMTC also operates an air-conditioned Vayu Vajra airport shuttle bus service along multiple routes. It’s used by a small percentage of flyers. Most are budget travelers who don’t want to pay the costly taxi fare to the city center (Bengaluru Airport is about 40 kilometers/25 miles north of the city center). However, taxis provide more flexibility. Bus route KIAS-9 will take you from the airport to Kempegowda Bus Station at Majestic in the city center. There are departures, every 30 minutes around the clock, from the designated area outside the airport terminal. You can buy a ticket on board. The fare is about 250 rupees (as opposed to 500-700 rupees in a taxi), and travel time is about an hour and 30 minutes. As you’re leaving the airport, check the screens in the arrival hall for details.

App-based taxi services Uber and Ola (the Indian equivalent of Uber) have become the most convenient way of getting around Bengaluru. For travelers, this means it’s no longer necessary to deal with taxi scams and ripoffs. Although prices have increased, and surge pricing applies during periods of high demand, the cost remains affordable. The rate for a small taxi (UberGO) consists of a base fare of 38 rupees (that’s just over 50 cents) plus 14.20 rupees per kilometer. Uber tends to be a bit more expensive than Ola but the service standard is higher and availability is better. You’ll need to have Internet access on your cell phone though, and of course deal with traffic congestion.

Bicycles and Scooters in Bengaluru

Bicycles and electric scooters are a great way of bypassing Bengaluru’s traffic jams. They’re available via the vehicle-sharing app Yulu. Licenses and helmets aren’t required. You just need to locate a Yulu Zone on the app, from where the bicycles (known as Yulu Move) and scooters (known as Yulu Miracle) can be picked up and dropped off. The app requires users to maintain a balance in a mobile wallet and deducts a security deposit. However, Uber recently partnered with Yulu and will provide users with the ability to book through its app.

Auto rickshaws are available in Bengaluru but aren’t recommended for travelers who are new to the city. Drivers are reluctant to charge by the meter and will insist on massively inflated fixed fares. There may also be a language gap with drivers who don’t speak English. Auto rickshaws can be booked using the Ola app and the recently introduced Jugnoo app. They’re not always reliable though. It’s much easier to take an Uber.

Car and Motorcycle Rentals in Bengaluru

Hiring a car and driver in India is common and preferable to renting a self-drive car. This due to the condition of the roads and the behavior of drivers (most don’t follow the road rules). Your hotel or travel agent can easily arrange a car and driver for a day of sightseeing in the city. UberHire is an alternative option that allows you to book an Uber at a flat rate for two or four hours. If you do want to rent a self-drive vehicle and have the appropriate International Driver’s License, Zoomcar is a popular choice. Wheelstreet and ONN Bikes provide motorbike rental in Bengaluru. Bounce is a scooter-sharing service with one-way rental aimed at mile-to-mile connectivity.

Tips for Getting Around Bengaluru

Q. Is Bangalore a tourist-friendly place in South India?

A. Yes, Bangalore is a Mega City of India. Nearly, 30 % of its revenue comes from the tourism industry. The foreign tourists do visit under a global city tour to Bangalore. Yet, it is a tourists-friendly place too.
Q. Are there any restrictions to enter the ancient temples present in and around Bangalore?

A. No, tourists of any religion and ethnicity can enter the ancient temples present in and around Bangalore. They are major tourist attractions with cultural importance too in Bangalore.
Q. Does Bangalore City permit nightlife?

A. Yes, Bangalore has many standard types of premium pubs, bars, and nightclubs. You must be 18-years and above to enter those clubs. They are women-friendly clubs too which permits couple entry. You must book a pub in advance during the weekends.
Q. Is a day trip is enough to see the Bangalore Palace?

A. Yes, a day trip is enough to see the Bangalore palace attraction. This palace is in the heart of Bangalore City.
Q. How many days it will take to explore all the gardens of Bangalore?

A. The gardens in Bangalore are more beautiful to see in the day and night hours. A weeklong holiday is the best to enjoy the Bangalore gardens and their fountains and recreational activities present for children.
Q. How many days it will take to see the lake attraction in Bangalore?

A. It will take at least a 3-day trip to see all of the lake attractions present in Bangalore City. This is because most of the lakes have a boating facility and gardens attached to the lakeshores.
Q. Is Bangalore the best for weekend getaways?

A. Yes, Apart from Bangalore City nightclubs, it has many places for weekend getaways in hill stations, resorts, camping sites in National Park and in riverside camping in the rainforest areas.
Q. Is a day trip is enough to explore Bangalore film city?

A. Yes, a day trip is enough to see all the attractions in Bangalore film city. This is a ticketed place and it will be worth seeing some film-shooting going on here every day.
Q. Is it possible to explore Bangalore City without a local guide?

A. Yes, most of the Bangaloreans speaks English. It will not be a constraint to ask people and go to your destination in public transportation and through private travel vehicles in and around Bangalore.