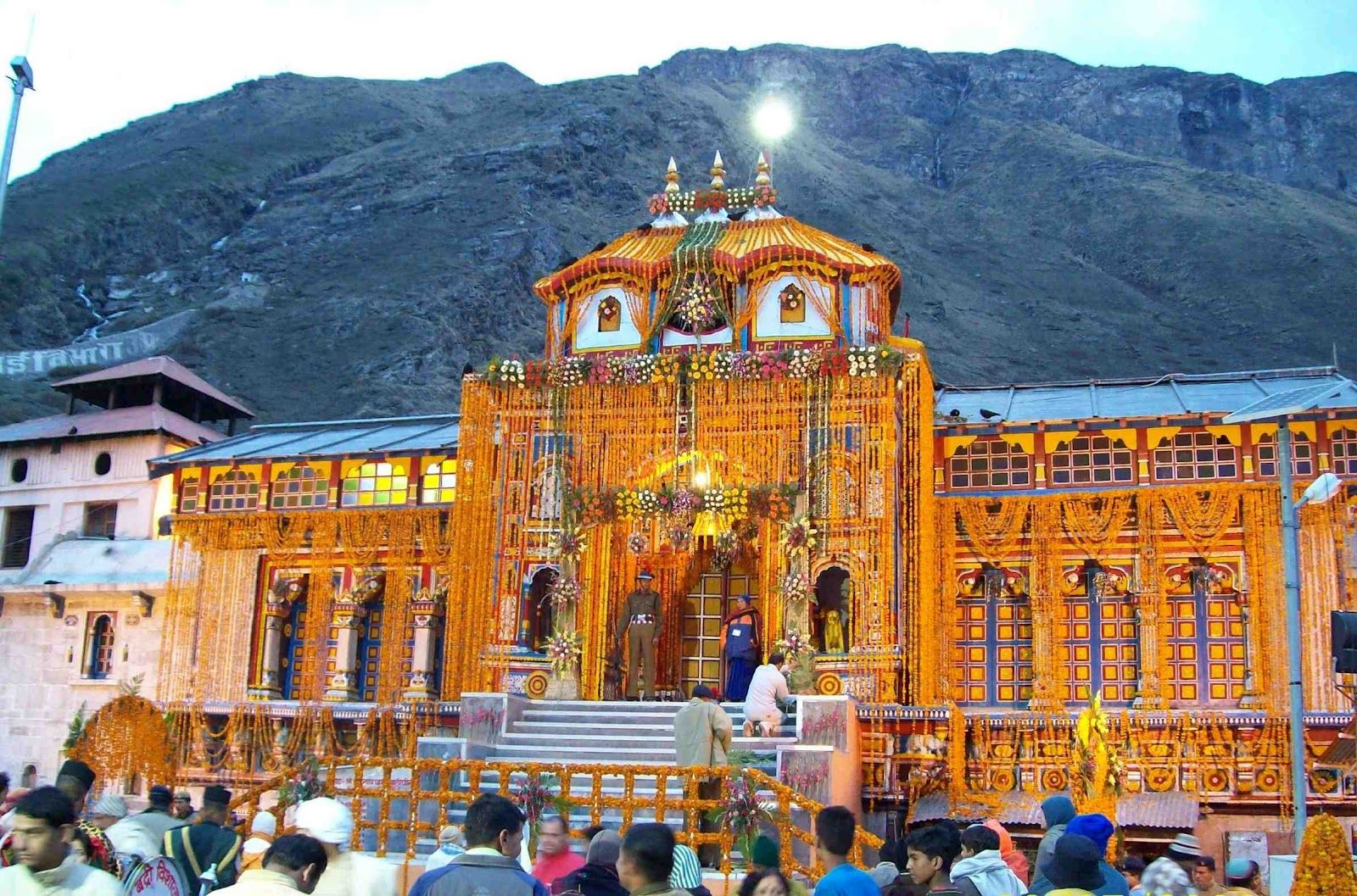 Where spirituality meets nature: Badrinath Dham. Wrapped in the centuries-old snowy embrace of the Garhwal Himalayas, the holy shrine of Badrinath falls under the benevolent gaze of the towering Neelkanth peak, twixt the Nar and Narayan mountains. The ancient settlement of Badrinath, clinging to the banks of the Alaknanda River, one of the premier tributaries of the holy Ganga, has grown in proportions as its importance as a powerful magnet for the Hindu community at home and abroad has grown down the centuries. Badrinath, the home of Lord Vishnu is a deep source of spiritual sustenance gift-wrapped in the powerful package of the ‘Char Dhams’, Hinduism’s cardinal pilgrimage points, all located in Garhwal’s stunning Himalayan vistas.

Devotees have ritually, for centuries started the yatra from the west at the first of the dhams —Yumunotri, dedicated to the Yamuna, then headed east for a darshan of the Gangotri shrine, consecrated to the holy Ganga, then moved on to Kedarnath — an abode of Shiva before ending it at Badrinath Dham, the ‘earthly abode’ of Lord Vishnu.

The journey symbolizes, on a larger scale, the traditional parikrama (circumambulation) undertaken of a temple by the devout to attain moksha (release) from the cycle of birth and death. Rejuvenation of the soul is central to the yatra at the Char Dhams and the darshan for Badrinath’s benediction wraps the devotee in its all-forgiving, embrace. For non-believers it is nigh impossible to explain the ineffable appeal of the effulgence of the benediction of Lord Vishnu, when he rises from his wintry bed, challenging his legions of devotees to make that hazardous journey to his home at Badrinath through rain-lashed ravines and valleys, past thundering rivers and washed out bridges, death-defying precipices, and snowy pinnacles.

Powered by the words of the legendary sage, Vasishta, who meditated here, to his wife Arundhati: “Even the greatest of all sinners becomes freed from all his bondages if he but has a glimpse of Sri Badri Narayana. But this holy glimpse is not so easy to get. The only one who has prayed to the Lord for a hundred births will have His darshan. Such a person is fit for liberation (moksha).” Streams of pilgrims burdened with life make this hazardous journey in the hope of that one glimpse of the Lord. Where spirituality meets nature: Badrinath Dham.

For six months Vishnu has been hidden from the people through the chilling snowbound months of an extended winter in these remote environs…only the Akhand deep, the eternal light lit by the Rawal (priest) before closing the doors for the winter, keeps the temple company in that lonely sojourn in the dark days of winter in the mountains.

As the devotees surge in as the temple doors swing open a miracle awaits them—the interiors are bathed in the light of the Akhand deep which has by some mysterious powers continued to valiantly burn through the icy winter months. Frayed nerves, exhaustion, earthly concerns flee as they prostrate themselves in the heavenly light—of Jyoti Darshan.

You can hire a jeep to this picturesque village by the river Saraswati, three kilometers away from Badrinath, close to the Indo-Tibet border. The military presence is quite strong here, but in no way takes away from the beautiful experience in this wild mountainous area. Landslides on the road get cleared very quickly here. It takes about an hour to trek here from Badrinath if you are so inclined.

A short walk takes you to a gushing crystal torrent, falling headlong down the mountain before disappearing underground again further down. This is said to be the source of the legendary Saraswati. An irritated sage Veda Vyas, who was meditating here, asked her to calm down as it was disturbing his thoughts. And so the Saraswati went underground.

Carry enough memory cards to catch those heart-stopping views of Chaukhamba and Balkum peaks. Savor those once-in-a-lifetime moments of pure joy as you look upon the glacial heights of Satopanth and Bhagirath Kharak glaciers— the source of the Alaknanda River, one of the premier tributaries of the holy Ganga. The icy falls can be prohibitive for a good romp in the water, but you can spend quality time, over a packed lunch, soaking in the lovely setting and tranquility of the place.

Sample your picnic lunch and soak in the pretty setting of Charan Paduka. Check out the boulder here, upon which it is believed is an imprint of the footsteps of Lord Vishnu when he descended from his heavenly abode – Vaikunth.

Another legend has it that Lord Krishna sent a message to Lord Nara Narayana at Badarikashrama (Badrinath) through his devotee and who is said to have first carried the sandals (Charan Paduka) of Lord Krishna here. The Bhagavad Purana, reveals that Lord Krishna tells his saddened devotee Uddhava that he would now only be able to see him at the holy site of Badrikashrama — present-day Badrinath, in the future. The hallowed sandals at the shrine are those of the Lord, brought here by Uddhava as instructed by Krishna. For Vaishanavites, Badrinath is the ultimate source of worship and redemption.

Frequently Asked Questions About Places To Visit In Badrinath

Q. What is Badrinath most famous for?

A. The pilgrim centre is most famous for the Badrinath Temple that is dedicated to Lord Vishnu. It is one of northern India’s “Four Holy Temple Cities”. Apart from this, it also offers a stunning view of the snow clad mountains of the Garhwal range.

Q. What is the best time to visit Badrinath?

A. The best time to travel to Badrinath is anytime between the months of May to June and September to October.

Q. What is an ideal trip duration to Badrinath?

A. 2-3 days are enough to explore and appreciate the whole town of Badrinath.

Q. How is the weather in Badrinath?

Q. What are the best places to see in Badrinath?

A. Badrinath Temple, Neelkanth Peak, Vasudhara Falls, and Mana Village and some of the best places to visit in Badrinath.

Q. When is the Badrinath Temple closed?

A. The Badrinath Temple is closed between the months of November and April because of heavy snowfall.

Q. What are some things to do in Badrinath?

A. You can make a visit to the various holy temples of the town. You can also go trekking in the Mana Village and go see the Bheem Pul. You can take a holy dip in the hot springs of Tapt Kund.