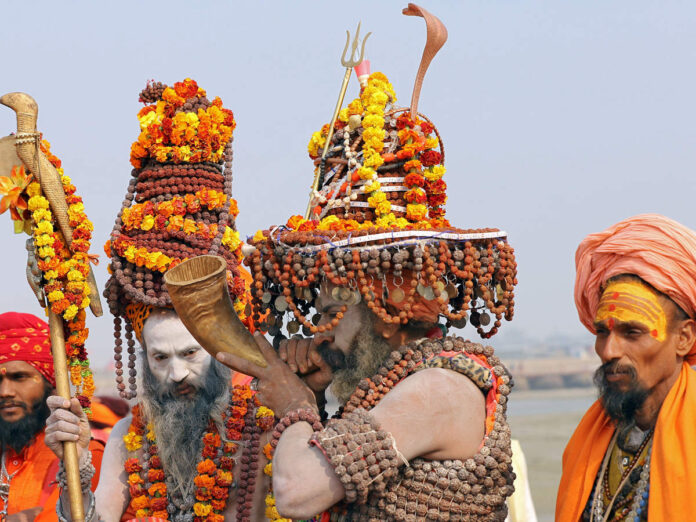 The holy land of Haridwar enjoys being in the vicinity of some equally sacred and beautiful destinations. There are some nearby places that match the level of the sanctity of this city, while few are far away but are tied in the common thread of being the venues of Kumbh Mela just like Haridwar. The Buddhist destination of Gaya; the land of Shiva, Varanasi; Yoga Capital, Rishikesh; the land of Rama, Ayodhya; and the historically affluent, Sarnath are some of the top destinations that are worth seeing in India along with four destinations of Kumbh Mela including Haridwar.

Esteemed as the Yoga City of India, Rishikesh is one of the prominent pilgrimage destinations in Uttarakhand that holds a healthy number of temples and ashrams. The city bids some of the finest tourist attractions for tourists to savor which include – Laxman Jhula, Ganga Aarti at the Ghats of Ganga, Neelkanth Mahadev Temple, Muni Ki Reti, Ram Jhula, Parmarth Niketan, Triveni Ghat, and various ashrams. Not to forget, this enthralling city is not just limited to pilgrimage, Rishikesh is also a hub to enjoy various adventure activities. The most famous of them is river rafting.

Nestled on the banks of the Holy River – Godavari, Nasik is one of the ancient holy cities in India and is also associated with the epic Ramayana. The city bestows a high-end holiday experience to its visitors. It boasts some enthralling tourist destinations like Vani, Mangi Tungi Hills, and Trimbakeshwar. Along with various historical forts to visit, this charming city also renowned for spiritual healing through Vipassana courses in Vipashyana International Academy. All these attractions altogether make this tourism attraction a perfect place to attain Moksha.

Haridwar as the name suggests; the gateway to Hari (Lord Vishnu) is one of the holiest places in India for the Hindu Pilgrims. Situated on the banks of the River Ganges, this city is dotted with a plethora of temples. Tourists and devotees visit this place to take a dip in the holy river, enjoy the morning and the evening aartis and find some peace and harmony within. The land of gods is also one of the 4 places where Kumbh Mela is held, the other places are Allahabad, Nashik, and Ujjain.

One of the ancient cities in India, Ujjain is popularly known as the temple city. Situated on the banks of the holy river Kshipra this city holds a lot of importance for the Hindu pilgrims. The existence of Shri Mahakaleshwar Temple increases its importance amongst tourists and devotees. Moreover, Ujjain is also one of the 4 destinations where Kumbh Mela is held every 12 years in rotation. The Kumbh Mela celebrated here is famous by the name of Ujjain Simhastha.

Dynamic skies colored with India’s belief in religion, traditions, and culture stands tall in the city behind the blossom of Buddhism, Varanasi. Revered as the holiest city out of the seven most sacred cities in Jainism and Hinduism, Varanasi sits closely on the western banks of River Ganga, in the eastern part of Uttar Pradesh. Sculpted out by the Supreme Being Shiva himself the city is blessed with around 23000 temples and ancient marvels that date back to the 18th Century. Giving it a modern blend, the city now is popularly known as an essential industrial hub famous for its muslin, perfumes, ivory works, sculptures, and silk fabrics.

Leaving its charm all over Bihar is the second largest city of Gaya which is the soul of ancient mythology and history of India. A city where serenity rushes like River Phalgu on which Gaya finds its home, this tourist attraction is hallowed as spiritually blessed by Hindu, Buddhist, and Jain religions. Crafty blended with lush greenery and soothing environs the narrow lanes of the city connect you with its popular ancient architectural wonders, rocky hills, and prismatic river, which it is encircled within. Gaya is also a land of celestially beautiful shrines, which is praised in the Hindu epics Mahabharata and Ramayana as well.

Find your true purpose amid the peaceful aura of this top tourist destination, Sarnath considered sacred by the divine Buddhist. Seated near the rivers, Varuna and Ganges, Sarnath is popularly known as one of the four religious sites on the Buddhist circuit located in Uttar Pradesh. While here, you can explore the many religious sites erected by emperor Ashoka or feel relaxed sightseeing the old ruins of stupas like Dhamekh and Chaukhandi. But what truly makes Sarnath the most revered center for Buddhism is that Gautama Buddha had come here after attaining enlightenment at Bodh Gaya to preach and teach about dharma.

Turn over the pages of history and cite Ayodhya, the birthplace of Lord Rama, the divine deity of Hinduism known for fighting evil. Renowned as the heart of Uttar Pradesh, this city is one of the seven important pilgrimage destinations for Hindus who are found chanting the tales of Ramayana every now and then. This spiritual destination displays an array of fuming incense sticks oozing strong fragrance from the temple doors. Here, apart from being a part of a mass gathering during evening aartis on the bank of the Sarayu River, you can adore the architectural splendor of the Hindu Temples that dwells amid the city.